Congressional Republicans began a futile attempt Wednesday on President Donald Trump’s behalf to overturn the results of the November election by objecting to Electoral College votes cast by Arizona for President-elect Joe Biden.

House and Senate Republicans formally objected to Arizona’s votes soon after the joint session of Congress got underway on Wednesday, prompting the two chambers to split up to separately debate and vote on the objection.

GOP objections to at least two other state results are expected later Wednesday.

The push is destined to fail, with Democrats and a significant number of Republicans planning to vote down all of the objections in both the House and the Senate, criticizing the effort both as a hopeless attempt to reverse the election outcome and as a threat to democracy that would subvert the will of the voters.

The joint session got underway at 1 p.m. ET Wednesday and is poised to be a messy and contentious affair that will last late into evening and possibly into Thursday before Congress finally affirms Biden’s win over Trump, 306 electoral votes to 232.

Some Senate Republicans are expected to join their House counterparts to object to results in Arizona, Georgia and Pennsylvania, and the House objectors are also seeking to force debate over votes in Michigan, Nevada and Wisconsin. Debate will last up to two hours per objection, followed by votes in each chamber.

Senate Majority Leader Mitch McConnell, who has sided against those challenging the results, is expected to speak first in the Senate when the chambers recess to debate the initial objection, setting the tone for the rest of the day.

While there is no evidence of widespread voter fraud, Trump and his campaign have been pushing baseless and false conspiracy theories that the election was rigged against him. The President and his allies lost dozens of lawsuits across the country both claiming fraud and challenging the constitutionality of state election laws altered due to the Covid-19 pandemic.

All eyes on Pence

As his losses have mounted, Trump has gone after the courts that ruled against him, state election officials and lawmakers who haven’t embraced his conspiracy theories or tried to overturn the will of the voters, Senate Republicans who oppose his anti-democratic push to overturn the Electoral College result and even Vice President Mike Pence, who will preside over Wednesday’s joint session of Congress.

Trump addressed his supporters who converged on Washington near the White House on Wednesday morning, continuing to pressure Pence to go beyond his authority in Wednesday’s joint session of Congress.

But Pence wrote in a letter to lawmakers Wednesday that he did not have the “unilateral authority” to intervene.

“Our Founders were deeply skeptical of concentrations of power and created a Republic based on separation of powers and checks and balances under the Constitution of the United States,” Pence wrote. “Vesting the Vice President with unilateral authority to decide presidential contests would be entirely antithetical to that design.”

Hundreds of law enforcement officers, including the DC National Guard, have mobilized across Washington to support local authorities during the pro-Trump demonstrations as city leaders are bracing for potential clashes and violence.

McConnell sought to dissuade any senators from signing onto the objections to the Electoral College votes, which would have prevented roll-call votes on the challenges. But last week, Missouri GOP Sen. Josh Hawley announced he would join the objection to Pennsylvania.

Rep. Paul Gosar, an Arizona Republican, objected to Arizona’s election results, along with with Sen. Ted Cruz of Texas.

Georgia GOP Sen. Kelly Loeffler — who CNN projects has lost her seat to Democrat Raphael Warnock but will remain in office until Tuesday’s Georgia runoff results are certified — has signaled she will object to Georgia’s result.

Joint session in the shadow of Georgia’s runoff

Wednesday’s debate is playing out as Democrats are on the cusp of sweeping the Georgia Senate races and taking control of a 50-50 Senate after Biden is sworn in and Vice President-elect Kamala Harris becomes the Senate’s tie-breaking vote.

Wednesday’s looming votes have created a major divide inside the Republican Party. The Senate Republican fight spilled into the open last week following Hawley’s announcement, with Trump attacking McConnell and other Republicans who haven’t joined.

In the House, No. 3 Republican Liz Cheney of Wyoming — daughter of former Vice President Dick Cheney — has forcefully pushed back on the objections, while Minority Leader Kevin McCarthy has quietly backed them.

For every state where there’s a House member and senator objecting, the two chambers will separate and debate for two hours, before voting on the objection. Aides have predicted each state objection will take as much as four hours.

The states’ votes will be read alphabetically. That means Arizona is likely to be the first objection that Republicans raise. If either chamber votes down the objection after the debate, the states’ votes are counted and then counting continues.

The last time a lawmaker forced votes on the Electoral College results was in 2005, when Sen. Barbara Boxer, a California Democrat, objected to President George W. Bush’s win in Ohio, which she said was never an effort to overturn the election result. In 2017, a group of House Democrats raised several objections to states Trump won, but they were gaveled down because they didn’t have a senator join — by then-vice president Biden. 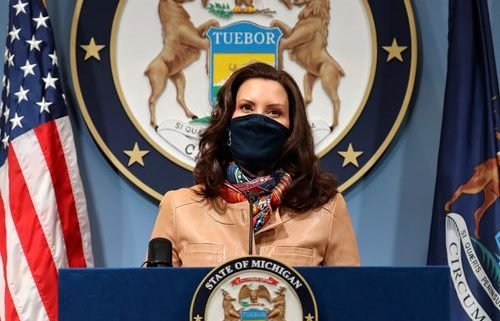