Vice President Kamala Harris has plans to campaign for Terry McAuliffe before the November election, a source familiar with the plan tells CNN, adding another top name to the growing list of Democrats coming to the commonwealth to help the gubernatorial nominee.

McAuliffe, in an attempt to jolt apathetic Democratic voters just weeks out from the off-year election, has called on a number of top politicians to help him in his bid to win a second term as Virginia’s governor. The strategy has lad Republican nominee Glenn Youngkin to criticize McAuliffe for nationalizing the race.

First lady Jill Biden campaigned for McAuliffe on Friday outside of Richmond, top Georgia Democrat Stacey Abrams will campaign with McAuliffe on Sunday in Norfolk and Northern Virginia, and former President Barack Obama will headline an event in Richmond on October 23.

The McAuliffe campaign has yet to announce another event with President Joe Biden, who first campaigned with the former Virginia governor in July.

But McAuliffe told CNN this week that “Joe Biden will be coming back” to Virginia before the end of the campaign, and White House press secretary Jen Psaki told reporters on Thursday that she expects the President will “do more to help his friend, former Governor McAuliffe” ahead of the November election.

Pressed Friday on the race and whether it’s a “foreshadowing” of how Democrats might fare in the midterms, Biden told reporters traveling with him in Connecticut: “I think everybody understandably reads the two gubernatorial off-year elections as being a bellwether of what may happen. Sometimes it’s been right, sometimes it’s been wrong. I think Terry’s going to win — if he doesn’t win, I don’t know how much you read into that, but, you know, I think he’ll win.”

Although McAuliffe has consistently maintained a small advantage over his Republican opponent throughout the 2021 race, Democrats in Virginia are worried that their voters, weary after four years of high-stakes elections with former President Donald Trump in office, are less engaged in this gubernatorial race than the party needs them to be, leading to narrow polls in the final weeks of the campaign.

A Fox News poll released this week found 51% of likely voters supported McAuliffe, with 46% backing Youngkin, within the poll’s margin of error.

McAuliffe, in interviews over the last week, has argued the race now comes down to turnout, something he hopes to see improve as these top Democrats rally voters in the commonwealth.

Youngkin has responded to the list of Democratic officials headed to Virginia by arguing it shows McAuliffe wants to make the race about anyone other than himself.

But Youngkin, too, has nationalized the campaign, looking to energize Republicans with the possibility of a resurgence after the party’s 2020 loss.

“Friends, this is not a campaign, it is a movement, and we are sweeping across the commonwealth of Virginia,” he said on Thursday. “But what that’s going to say to the nation is get ready, because when we win on November 2nd, we are going to set the tone to come back and take back our House of Representatives next year on November 2022 and send Nancy back to California, that’s what we’re going to go do.”

McAuliffe’s campaign has tried to tie Youngkin to Trump throughout the 2021 campaign, hoping that Democrats will be motivated to reject Youngkin like they did Trump by over 10 percentage points in 2020.

The campaign released an ad on Thursday that featured Trump calling into a Republican rally on Wednesday evening to endorse Youngkin, who did not attend the event.

“Glenn Youngkin is a great gentleman,” Trump says in the ad. “I hope Glenn gets in there and he’ll do all of the things that we want a governor to do.”

The comment is then followed by a graphic of what McAuliffe’s campaign calls the “Youngkin/Trump agenda,” including prohibiting vaccine requirements for health care workers and restricting abortions.

This story has been updated with additional developments Friday. 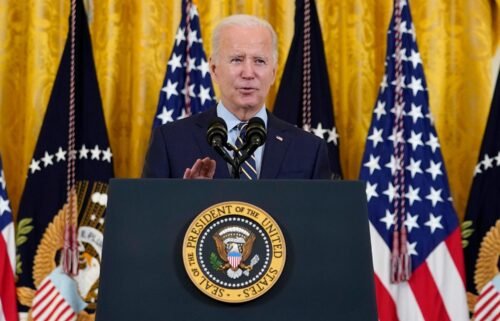 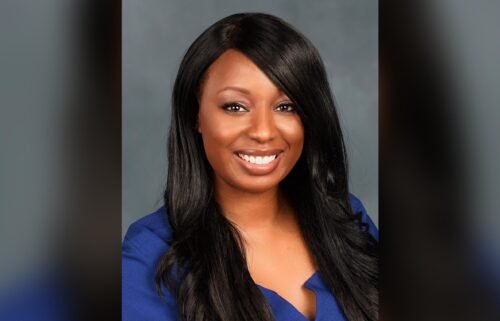