Terry McAuliffe did not mince words about what he needed from Virginia voters on Friday night.

“We need Democrats to step up, get energized and bring this one home for us,” he implored the audience in Henrico County. “People are counting on you.”

Although the Democratic gubernatorial nominee has been running against Republican Glenn Youngkin for the better part of four months, tying him to former President Donald Trump and lambasting him for opposing a series of measures to combat the coronavirus, one of his most pressing concerns in the closing days of the 2021 campaign is apathy and fatigue among his own supporters.

And on Friday night in suburban Richmond, those fears were on the minds of many.

“The excitement is not there,” said Jim Gillespie, a 71-year-old retired mental health professional who attended the rally with his wife, Janis. “I don’t know if people are going to come out in the numbers they did last time.”

“I am worried about it,” said Janis, a 68-year-old retired teacher. “I think there was so much passion for the presidential race, we just felt so invigorated. … And I just don’t feel like that right now.”

McAuliffe has tried to rally Democrats around the idea that all the energy they brought to defeating Trump in 2020 — the Republican President lost Virginia by 10 points — is needed to defeat Youngkin.

“This race is about the next chapter of Virginia and our country,” McAuliffe said in a nod to this race being a guide to Democrats in the post-Trump era. “Glenn Youngkin has spent this entire campaign trying to be a Donald Trump wannabee.”

But connecting those dots has been difficult for some voters, as evidenced by the fact that when Democratic lieutenant gubernatorial candidate Hala Ayala told the audience that this election was “truly the most important election in our lifetimes,” there were audible groans among the assembled Democrats who heard the same less than a year ago.

“Virginia has an election every single year and everybody put so much effort into the presidential that I think people are tired,” said Ginny Bonner, a retiree from Henrico County. “We had every single year, all year long, we have political commercials and ads. We don’t ever have a break.”

To get the kind of engagement he needs, McAuliffe — the consummate political insider who has long operated in the uppermost echelon of Democratic politics — has called on the party’s heavyweights to drive turnout.

“Today, Virginia, I am asking you to vote for Terry McAuliffe and the Democrats on the ballot,” first lady Jill Biden said. “It takes all of us coming together, doing our part, today and tomorrow and every day until Terry McAuliffe wins on November 2. We can do this, Virginia.”

The first lady is just the beginning, however. On Sunday, top Georgia Democrats Stacey Abrams and Atlanta Mayor Keisha Lance Bottoms will rally with McAuliffe and other Virginia Democrats in Norfolk, Richmond and Northern Virginia, key areas for the party’s turnout operation. And former President Barack Obama will travel to the commonwealth on October 23 to rally voters in Richmond.

All of this is squarely aimed at boosting Democratic turnout in a race that seems to have passed some of the party’s voters by, with a Democratic operative working in Virginia telling CNN recently that “if people don’t wake up, we are in trouble.”

Democrats in Virginia, aware of the enthusiasm issues, are hopeful that Republicans, too, are disengaged, meaning Virginia’s natural blue tilt will prevail in November.

Uvonda Cosby, a 53-year-old from Richmond, Virginia, said she is particularly worried about turnout among Black voters.

“In areas where I am from, a lot of people don’t even know about (the election) even though they got the ballots in the mail,” said Cosby. Democrats in Washington, she added, are “not in sync” right now and “a lot of people have given up because the Democrats are not fighting.”

As McAuliffe’s campaign is leaning on national Democrats to turnout voters, they are also looking towards people like Jennifer Carroll Foy, a former member of the Virginia House of Delegates who is supporting McAuliffe after running against him in the Democratic primary, to activate their supporters and knock on doors across the commonwealth.

That, Carroll Foy argues, it critical to reminding voters that just because Trump was defeated in 2020 “we are still feeling all the effects of the decisions his administration made” and are “not in a safe space yet.”

“The current climate that we are in makes it difficult, overall, to talk voters and gets them excited,” said Carroll Foy, noting that people are economically worn down, with issues like Covid-19 “weighing heavy” on their shoulders.

This possible malaise has given Republicans in Virginia an opening. Although the state has ticked blue in recent years — Virginia last elected a Republican governor in 2009 and has been carried by Democrats in every presidential election since 2004 — history is on their side: Since the 1970s, the winner of Virginia’s off year gubernatorial election always came from the party in opposition to the White House, except for 2013 when McAuliffe won his first term just a year after Barack Obama won his second term in the White House.

A Fox News poll conducted this month found McAuliffe with a slim 51% lead over Youngkin, who garnered 46%.

Jessica Floyd, the president of American Bridge, an organization that has spent $2 million trying to engage Virginia voters — particularly suburban woman — ahead of the November election, said it is incumbent on Democrats to break through that indifference.

“What we’ve seen over the last four years is exhausting for everyone. But particularly when we see women voters, Democrat, Republican, independent, they’re all exhausted,” Floyd said. “They want to tune out politics.”

Floyd’s organization, which began this work shortly after the June 8 primary in Virginia, has particularly focused on how the race hinges on the popularity of Biden’s agenda and how it is essential that groups like American Bridge and the McAuliffe campaign tell the story of how Democrats will deliver for them.

“Trump being gone has given people room to breathe, but Trumpism being present (in this race) has made all of us who are making that argument need to continue to make it,” she said.

“The same fundamental chaos and threats to our democracy that were so galvanizing to voters during the Trump era, that’s all present as is the threats to women in particular … It’s about how do we best do our jobs to make sure that voters connect the dots?”

McAuliffe, however, has been largely unable to tout anything coming out of Congress, with the legislative body largely stalled in their deliberations over how to pass a $1.2 trillion infrastructure bill and a larger social spending bill, with moderates in the Senate arguing the proposed $3.5 trillion price tag is far too big.

The lack of any legislation coming to Biden’s desk has left McAuliffe exposed, leaving him to fume at Congress — “Quit your little chitty chat, do your job and quit the posturing,” he told CNN recently — and stressed how critical passing the two bills would be to success in Virginia.

“It certainly would be helpful,” said Rep. Don Beyer, who represents the vote rich Washington, DC, suburbs. “I serve in the institution where (voters have the) lowest confidence. … So, anything that shows government can work, government can work in a bipartisan fashion, Democrats can govern well, all of that are good messages for Terry.”

He added: “I don’t think they’re existentially essential, but they’ve got to be helpful.”

A message from the vice president

More than 300 Black churches across Virginia will hear from Vice President Kamala Harris between Sunday and election day in a video message that will air during morning services as part of an outreach effort aimed to boost McAuliffe.

In the video, first obtained by CNN, Harris said her time growing up in Oakland’s 23rd Avenue Church of God taught her it was a “sacred responsibility” to “lift up the voices of our community.”

“I believe that my friend Terry McAuliffe is the leader Virginia needs at this moment,” says Harris, before praising McAuliffe’s “long-track record of getting things done for the people of Virginia.”

This election is the first year Virginians will be able to vote on Sunday.

This story has been updated with additional information. 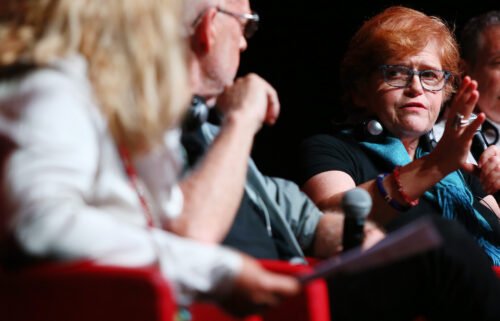 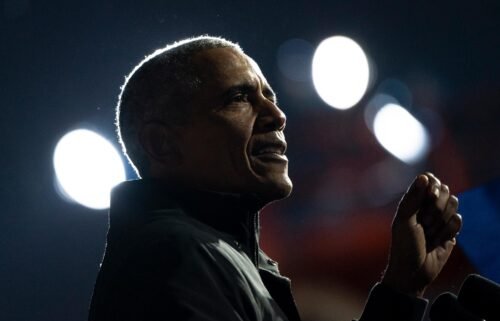 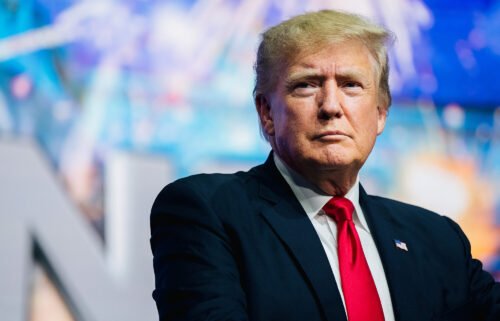