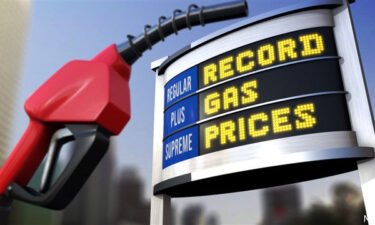 As the chamber returned after Martin Luther King Jr. Day, Senate Majority Leader Chuck Schumer started debate on House-passed voting rights legislation and warned that “the eyes of the nation will be watching what happens this week in the United States Senate.”

Democrats are pushing ahead on one of the party’s signature issues despite the fact that they lack the votes to pass the legislation in Congress and face an uphill battle.

“Senate Democrats are under no illusion that we face difficult odds, especially when virtually every Senate Republican is staunchly against legislation protecting the right to vote,” Schumer said. “But I want to be clear: when this chamber confronts a question this important, one so vital to our country, so vital to our ideals, so vital to the future of our democracy, you don’t slide it off the table and say, never mind.”

The New York Democrat on Tuesday moved to force a vote to break a filibuster on the voting legislation, which could take place as soon as Wednesday if there is agreement. If there is no agreement, then the vote would take place Thursday.

“Just a few days removed from what would have been Dr. Martin Luther King Jr.’s 93rd birthday, the Senate has begun the debate on the Freedom to Vote Act and the John Lewis Voting Rights Advancement Act for the first time in this Congress,” Schumer said.

The Senate majority leader repeated his threat that if Senate Republicans filibuster the elections bill from advancing, Democrats will attempt to change Senate rules changes in order to pass the legislation, an effort that also appears doomed to fail.

“We must consider and vote on the rule changes that are appropriate and necessary to restore the Senate, and make voting legislation possible,” Schumer said.

The problem for Democrats is that they do not have the votes to get rid of the filibuster, which sets a 60-vote threshold for most legislation to pass, due to opposition from influential moderate Democratic Sens. Joe Manchin of West Virginia and Kyrsten Sinema of Arizona.

President Joe Biden has put a spotlight on voting rights in recent days, despite the challenge facing his party and at a time when other key elements of his domestic agenda are stalled.

Last week, Biden vowed to keep fighting during a visit to Capitol Hill but conceded that he doesn’t know if Democrats will be able to pass legislation they are pushing for.

About 30 voting rights protesters were arrested by Capitol police on Tuesday after breaching the plaza perimeter and singing protest songs on the Senate steps.

They were there to call on the Senate to pass the combined this week this week. Protesters adapted traditional songs to include Manchin, Sinema and Senate Minority Leader Mitch McConnell’s names, singing “go tell Sinema we shall not be moved,” “go tell Manchin,” and “ain’t gonna let McConnell turn me around.” They also chanted that “the filibuster has got to go.”

Some of those arrested are participating in a hunger strike and carried a sign saying that they are on day 13.

Capitol Police gave them their first warning about 10 minutes after they sat down and began arresting them after their third warning. Protesters were zip-tied and loaded into USCP marked vans to be taken offsite for processing.

CNN’s Ted Barrett and Morgan Rimmer contributed to this report.