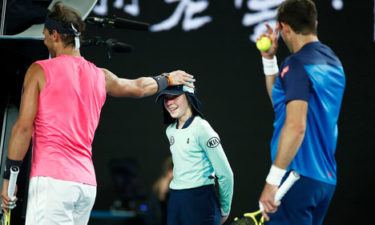 Arizona State struggled shooting most of the night before going on a 16-2 run to turn a 13-point deficit into a 58-56 lead. Ryan hit six 3-pointers in the second half after starting 0 for 2 and Ruden scored twice inside in the final 1:13.

Sabrina Ionescu kept Oregon in it by scoring eight of her 24 points after Arizona State made its run. The Ducks fell a night after No. 1 Connecticut's loss to Baylor.