BEND, Ore. (KTVZ) -- Schools like Crook County and Culver High School have had historically talented wrestling programs. This year's no different. Over the last few years, though, other Central Oregon schools have burst onto the scene.

Crook County (5-A) and Culver (2-A) are second and first in their respective divisions. Meanwhile, Mountain View (6-A) ranks third and La Pine (3-A) ranks second.

Women's wrestling has especially grown in recent years in Central Oregon and throughout the state.

Kyleigh Cuevas and Charli Stewart, both juniors on the Bend Senior High School team, are at the forefront of that trend.

Kyleigh started wrestling in sixth grade, while Charli began in seventh grade. They said Wednesday they were the only girls in their youth wrestling classes, mostly competing against boys.

Now two years in, they have one of the biggest programs in the region, with 14 athletes on the squad.

Charli said, “It’s also interesting to see even girls that are starting at a younger age than me and Kyleigh had. Girls are continuing to get better and better each year. It seems to be because coaches are interested in girls' wrestling, and people are actually paying attention to it, and more attention is being given to it because it is a legit sport.”

La Pine’s girls’ team is only three members deep, but it’s made some noise as well. According to The Oregon Wrestling Forum, Olivia Flack, a senior on the team, is first in the state for her 100-pound weight class.

The boys’ team has been pretty stellar too, winning the Class 3A state title in 2019. Senior Daniel Underwood continues to lead the way, ranked at the top of his 220-pound weight class this year.

La Pine is the only school in Central Oregon with at least one boy and one girl ranked at the top of their respective weight classes.

Both Olivia and Daniel said the talent pool has changed at their school over the years, but the goals have remained the same.

“The amount of talent on the team has grown so much from when I was just a freshman,” Daniel said. “Freshman (year), it was cool if you got to state. Now it’s just, everyone’s trying to get to state, place, be in the state finals, be a state champ.”

NewsChannel 21 spoke with the head coaches at La Pine and Bend high schools about the growth of wrestling in the region. Other than the introduction of a girls’ classification, both attribute it in part to people starting at a younger age.

"We're getting a lot of those kids feeding into our high school program, and then also in La Pine as well,” said Aaron Flack, the head wrestling coach at La Pine. “Success breeds success. So it's like, when we start seeing success, then people want to be a part of it."

Bend Wrestling Head Coach Luke Larwin said, “It is kind of an 'iron sharpens iron' process, in terms of Central Oregon wrestling. You know that you can't just relax, there's not going to be a free ride for you. So if I'm a Bend High coach, or if I'm a Redmond coach, we're not entitled in Central Oregon to just kind of do things status quo."

Larwin said wrestling is an easily accessible sport, and believes it's also growing so fast in Central Oregon because there are several talented coaches in the region. 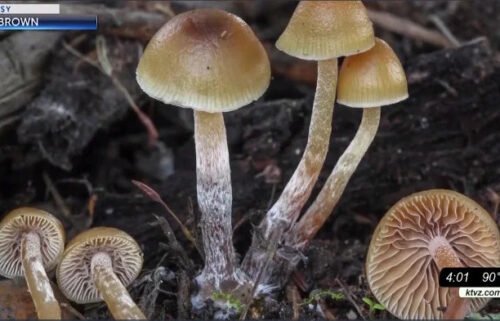