Brazil soccer great Pelé’s general health is gradually improving after he was hospitalized last week in Sao Paulo after contracting a lung infection, according to a statement from the hospital treating him.

“The patient continues to evolve with progressive improvement of his general condition, especially the respiratory infection,” the Albert Einstein Israelite Hospital said in a statement Tuesday.

“He remains in a common room, with stable vital signs, conscious and without new complications.”

“He is sick, he is old, but at the moment he is there because of a lung infection, and when he gets better he will go back home again. He is not saying goodbyes in the hospital at the moment”, said Pelé daughter’s Kely Nascimento.

She added: “Three weeks ago he had Covid. He is vaccinated with all doses but because of the cancer medication, the chemotherapy that makes him more fragile, he’s got a lung infection, and that is why he went to hospital.”

His other daughter Flavia said Pelé is not in the ICU and is not at risk, as he undergoes treatment. She reiterated that her father is not terminal or in palliative care.

On Saturday,Pelé took to social media to assure fans he is “strong” and has “a lot of hope,” following local media reports in Brazil that said that the 82-year old’s health had worsened.

“My friends, I want to keep everyone calm and positive,” said a statement on Pelé’s Instagram page.

“I’m strong, with a lot of hope and I follow my treatment as usual. I want to thank the entire medical and nursing team for all the care I have received.

“I have a lot of faith in God and every message of love I receive from you all over the world keeps me full of energy. And watch Brazil in the World Cup too!”

Pelé is widely considered to be one of the greatest soccer players in history. 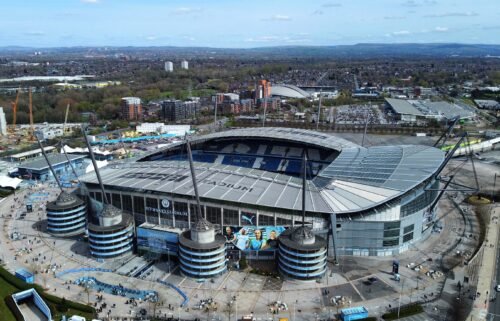