Republicans’ appetite for seeing January 6 rioters prosecuted has fallen sharply over the course of the year, according to a Pew Research Center survey released Tuesday.

A sizable majority of Republicans and Republican-leaning independents, 57%, still say it’s at least somewhat important that federal law enforcement agencies find and prosecute those who broke into and rioted at the US Capitol — but that’s down from 79% in a March poll. Only about one-quarter now consider such prosecutions very important, down from half who felt that way in the spring.

The sizable drop in enthusiasm among Republicans for prosecuting the rioters comes after a months-long campaign by prominent right-wing figures to whitewash the insurrection.

Former President Donald Trump, influential GOP lawmakers and top-rated personalities in conservative media have relentlessly promoted conspiracy theories and false claims about the attack. These inaccurate and self-serving narratives have sought to shift the blame from Trump and onto Democrats, supposed “Antifa” infiltrators, Black Lives Matter, the FBI and the police.

In addition, many of these Republicans have explicitly spoken out in defense of the rioters and have described them as patriotic, innocent Americans who are now being prosecuted by a corrupt Justice Department. A sparsely attended rally on Capitol grounds earlier this month attracted international attention because it was held in support of rioters facing criminal charges.

About half of Americans, 48%, say that the criminal penalties faced by Capitol rioters haven’t been severe enough, with 20% calling them too severe and 29% saying they’re about right. But there are again striking partisan contours: A 71% majority of Democrats, but just 19% of Republicans, think the criminal penalties meted out should have been more severe.

There are also fault lines within the GOP, the survey finds. Republicans who acknowledged in a previous survey that President Joe Biden won the 2020 election are 25 percentage points likelier than those who falsely claimed Trump won to say prosecuting rioters is very important, and 29 points less likely to think rioters have been punished too severely. Roughly two-thirds of Republicans fall into the camp that believed Trump won.

Most of the nearly 620 cases brought so far in connection with the attack haven’t reached sentencing. That hasn’t stopped partisans on both sides from engaging in a public debate over what punishments are appropriate — with many Democratic politicians unsurprisingly calling for hefty prison sentences, while some Republican leaders have gone as far as saying the charges should be dropped.

Only seven defendants have been sentenced so far. These cases have all involved people who weren’t accused of violence, which reduces the chances of incarceration. Four of the seven defendants got probation or house arrest. The other three were sentenced to jail or prison, though two received credit for time already served. One reported to federal prison last week.

But the sentences for these early cases aren’t necessarily representative of the full universe of defendants. Things are progressing slowly for the more serious cases involving assaults against police or conspiracies with extremist groups.

The low marks for the committee are consistent with Americans’ dim view of Congress. But it also suggests that the GOP gamble to kill an independent commission is already paying off.

In May, Senate Republicans blocked the creation of a January 6 commission that would have had five members from each party. Without a commission, House Democrats launched their own inquiry, which Republicans have slammed as a partisan sham intended to hurt Trump.

The makeup of the committee is unique: It has a lopsided 7-to-2 Democratic majority because most Republicans boycotted the panel; two anti-Trump Republicans later signed on. GOP leaders initiated the boycott after House Speaker Nancy Pelosi refused to seat some of the proposed Republican members due to their votes in favor of overturning the results of the 2020 election.

So far, the committee has taken aim at Trump and his inner circle by requesting documents and issuing subpoenas. The first and only public hearing was held last month, with gripping and emotional testimony from four police officers who fought on the front lines of the January 6 siege.

Pew surveyed 10,371 US adults on Sept. 13-19, using a nationally representative online panel. The margin of sampling error for the full sample of 10,371 respondents is plus or minus 1.6 percentage points. 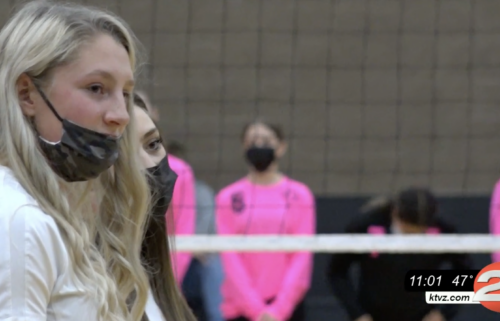