Fierce winds across drought-stricken areas will bring the highest fire danger Friday to the Southwest and High Plains, while the same system triggers severe storms with possible isolated tornadoes in the central and southern Plains and a snowstorm across the northern Rockies and northern Plains.

An outbreak of dangerous fire weather conditions is expected in parts of central and eastern New Mexico into eastern Colorado, according to the Storm Prediction Center, with a Level 3 of 3 “extremely critical” fire threat issued for the region.

Friday’s expected weather could rival the most powerful fire events of the past decade, Zach Hiris, a meteorologist at the National Weather Service office in Boulder, Colorado, told CNN.

Compared to recent extremely critical, wind-driven fire dangers in rural areas, some major population centers are threatened in this event, including Albuquerque, New Mexico, and Colorado Springs and the Denver metro area in Colorado.

“There is high confidence that a widespread extreme and potentially catastrophic fire weather event will occur on Friday,” said the National Weather Service office in Albuquerque.

In addition to fueling the fires, widespread wind gusts of 60 to 70 mph — and even 80 mph in scattered areas — could knock down large tree limbs, utility poles and other structures while threatening to topple high-profile vehicles, the weather service said.

Sign up for the CNN Weather Brief, a weekly dispatch from CNN meteorologists

Much of the threatened region is mired in a long-term and worsening drought that’s a symptom of the growing climate crisis. New Mexico, for instance, has seen its extreme and exceptional drought area more than triple since January and cover more than 60% of the state.

“Unfortunately, should a fire start, it would be difficult or impossible to control given these conditions, which would last into early (Friday) evening,” the Boulder weather service office said Thursday.

This fire year has had an extraordinarily busy start in the South and Southwest, with more than 19,000 wildfires reported through Wednesday, according to the National Interagency Fire Center. Boulder alone has seen several significant fires in recent months, including last month’s NCAR Fire that prompted the evacuation of nearly 20,000 people and December’s Marshall Fire that burned more than 1,000 homes.

“We’ve had a lot of red flag warnings already this season,” Hiris said. “But as far as the overlap between the really low humidity and strong winds, this is probably the worst scenario we’ve seen this year.”

Zero visibility from dust is possible

The persistent drought has left the landscape sparse, which can fuel wildfires and create another hazard, especially for drivers: “Widespread blowing dust will reduce visibilities to near zero throughout (Friday),” said the weather service office in Pueblo, Colorado.

Limited and shallow green-up in some areas means there is very little moisture in the vegetation, so materials burn more easily and quickly, the Boulder office said.

“We just really haven’t had any of those beneficial spring rains,” Hiris said.

It sounds simple, but to stay safe in these conditions, don’t burn anything. Anything that creates a spark could start a wildfire that spreads fast under these conditions — even a spark from a dragging trailer chain that lands on a patch of grass, Hiris said.

“It’s also probably pretty smart to have some sort of emergency kit and make sure you sign up for emergency alerts from the county and the state,” he said.

Severe storms and snow forecast to the north

The same storm system will fuel severe storms with isolated tornadoes possible, along primarily with strong winds and large hail, in the Plains and into the Upper Midwest.

Farther north from Friday night through Sunday, heavy wet snow and gusty winds from the storm will impact parts of Wyoming, Montana and the Dakotas. Snow accumulations of over a foot and winds gusting to 50 mph are expected, with freezing rain and ice accumulation also possible.

High snowfall rates and winds will produce low visibility and thus difficult travel conditions. Significant snow accumulations will have the potential to damage trees and knock out power. 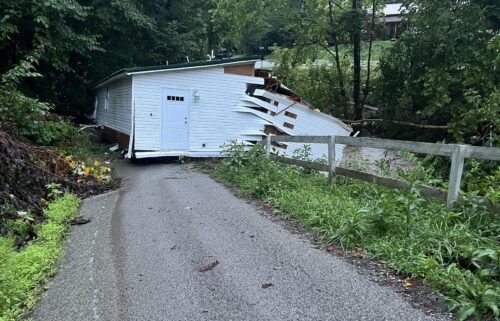 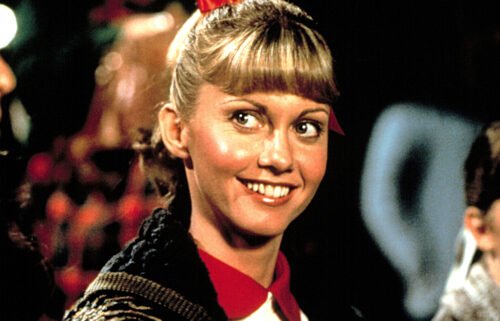 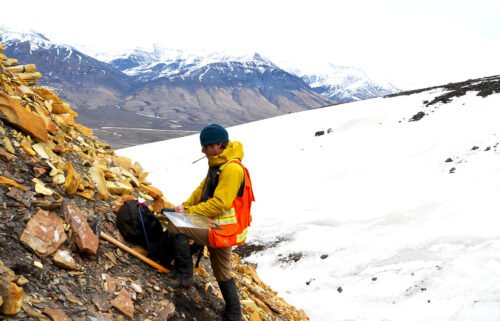