BEND, Ore. (KTVZ) - Bucky, the dog who survived being shot four times near Bend last month, has found a new home. The parents of the man who found him drove 7.5 hours from the Seattle area to Bend on Saturday to meet and adopt Bucky.

Bucky was shot four times, allegedly by his previous owner.

Brandon Benoit found Bucky on Dec. 11 while he was out on a trail run near Horse Butte, southeast of Bend, authorities said. After he brought the 3-year-old Australian shepherd to emergency vets, an exam and X-rays at the Humane Society of Central Oregon showed what appeared to be four bullets lodged in Bucky's body.

The Bend shelter, which has provided medical care and socialization for Bucky, said it was looking for a compassionate person or family, with the patience and ability to provide the support he needs.

When Benoit's mom, Jennifer Shultis, heard about Bucky,, she said it just seemed like "it was clearly meant to be" for her to adopt the dog.

"Our son finding him on the trail, and I immediately had a feeling of connection with Bucky," she said. "We are now a family, as Bucky worked his way into our family through our son.”

Benoit, who wasn't sure what was going to happen to Bucky, said he's glad the dog is going home with his parents.

“I knew that if my parents weren’t going to be able to take him, or if it didn’t work out, I knew that he would find a loving family," Benoit said. "It’s just even better now that he is in my family, and I get to see him and go for runs with him and play with him and love him.”

"Bucky will enjoy lots of companionship and walks and runs on the shore," HSCO said in a Facebook posting. "These long-distance runners hope he can join him on the running trails, once he is cleared by a veterinarian to run.

"Happy tears were seen on the faces of HSCO’s staff as we said goodbye to this Aussie dog who deserves a second chance," they added.

The dog's previous owner, Dylan Breslin of Bend, was arrested by citation on first-degree animal abuse charges. Breslin is scheduled to be in court Feb. 18 for arraignment. 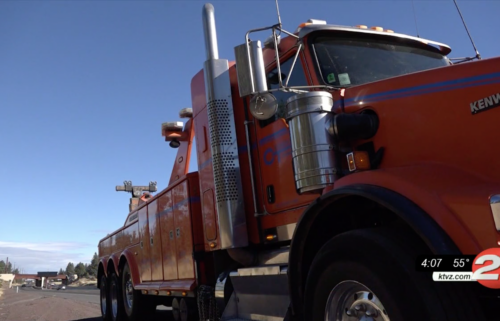 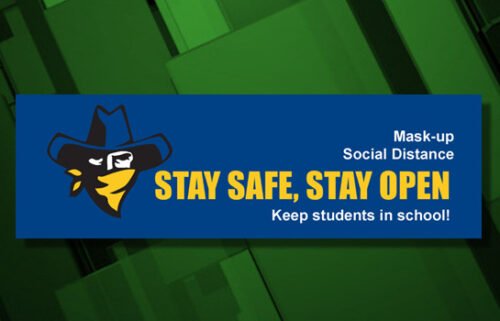