"This agreement proves that we can build a better future for Oregonians if we work together with a willingness to compromise. Healthy forests and a vibrant forestry industry are not mutually exclusive,” Brown told a news conference with representatives

Leaders of around a dozen environmental groups, including Oregon Wild, the Audubon Society of Portland and Cascadia Wildlands, and a dozen timber companies, including Weyerhaeuser, one of the largest forest products companies in the world, and Lone Rock of Roseburg, signed the memorandum of understanding after quietly holding meetings in Salem and Portland.

They agreed to a process that will drive changes to Oregon forest practice regulations, including seeking a statewide habitat conservation plan to guarantee that critical habitat for endangered and threatened species is protected.

Another goal is to create business certainty for Oregon's timber-products industry. Oregon leads the nation in wood-products manufacturing, but environmental groups and the timber industry have been backing rival initiative petitions which seem to put measures on the ballot, and have filed lawsuits.

Under the new agreement, both sides would “complete a stand-down from pursuing changes through the initiative process, related legal actions, and certain other relevant legislative and regulatory proceedings while the facilitated process is working.”

The agreement takes a significant step toward a new era of cooperation, leaving behind the conflicts of the past.

"This pact proves that when we work together with a willingness to compromise, we can create a better future in Oregon," Brown said. "Oregonians want healthy forests and fish, a vibrant forest sector, and prosperous rural communities. These are not mutually exclusive goals. The conversations that brought forth this agreement, coupled with sound science, will bring certainty for everyone involved while protecting Oregon's environment and endangered species."

The signed memorandum of understanding (MOU), with 2-dozen signatories, addresses three key issues. It will:

"With this MOU, both sides have agreed that all forestry-related initiative petitions and related litigation will be dropped after the passage of the legislation this session, the announcement said.

"This MOU is shared recognition of the diverse benefits Oregon's forests provide, and the need for more meaningful dialogue around forest issues across the state," said Greg Miller, long-time timber industry executive and representative of the coalition of forest companies. "Oregon is one of the best places in the world to grow and harvest trees sustainably; we lead the nation in wood products manufacturing, and we are proud of our record of environmental stewardship.

"Now as we move forward into a new era of cooperation and transparency, forest policy should continue to rely on the best available science," said Miller. "The 60,000 Oregon families who work in the forest sector — indeed all Oregonians — expect that level of rigor and thoughtfulness when it comes to forest management. With this MOU, we are hopeful that we have found a pathway forward that meets those expectations and sets Oregon up for the most comprehensive, forward-thinking forest policy in the nation."

"Today's agreement is a critical step toward modernizing Oregon's forest rules," said Bob Van Dyk, Oregon policy director at the Wild Salmon Center. "Oregonians are rightfully proud of our forests and what they provide, including some of the best salmon runs in the Lower 48 and drinking water for most of the state. It's our collective duty to make sure that a healthy timber industry doesn't come at the expense of fish, wildlife, and public health."

"This agreement is a genuine show of good faith from both sides," said Van Dyk. "There's still much work to be done for our communities and the healthy environment on which we all depend. There is a long road ahead, but this agreement is a big first step in the right direction."

The complete MOU can be viewed here.

Today, Governor Kate Brown announced a historic agreement between conservation groups and timber companies that is the first step in a process that will see the most significant update of Oregon’s Forest Practices Act in decades.

Sean Stevens, Executive Director of Oregon Wild and one of the principal negotiators of this agreement, released the following statement:

Today’s announcement has been decades in the making.  It is a direct result of the thousands and thousands of Oregonians all across our state who have written letters, made phone calls, attended hearings, and gathered signatures to demand action to modernize our antiquated logging rules.

When our state first passed the Oregon Forest Practices Act (OFPA) in 1972, it was considered a groundbreaking conservation measure. Sadly, while our scientific understanding of forests, salmon, and wildlife have evolved greatly over the last half-century, the OFPA has not.  As states like Washington and California have moved forward with logging rules that better protect clean drinking water, wildlife habitat, and public health and safety, Oregon has fallen further and further behind.

As a result of this inaction, Oregonians and the environment we hold dear have been left with struggling salmon species, bitter conflicts over chemical spraying and logging practices, and growing alarm from rural Oregon communities about the management of their drinking watersheds.

The agreement outlined today marks a departure from what has been acknowledged by both conservation organizations and the timber industry as an unacceptable status quo. Reaching this point has been difficult, and required long hours of negotiation, compromise, and working together in good faith. As a result, the agreement envisions significant gains for clean water, healthy forests, and community transparency around logging practices.

However, this agreement is only the first step in a longer journey. Conservation of Oregon’s forests, and communities that live around them and rely upon them, is not guaranteed at the end of this process. It will require significant work over the next two years to modernize forest rules and secure a lasting legacy that benefits all Oregonians.

It is also important to acknowledge the hard work of the citizen activists, organizers, and scientists who have been calling out for change for decades. Without those voices, reaching this point would not have been possible. Their efforts have been an inspiration to Oregon Wild and the larger conservation community, and their continued activism and involvement will drive the conversation and work around the conservation of Oregon’s forests and waters over the next two years of this process and far beyond. 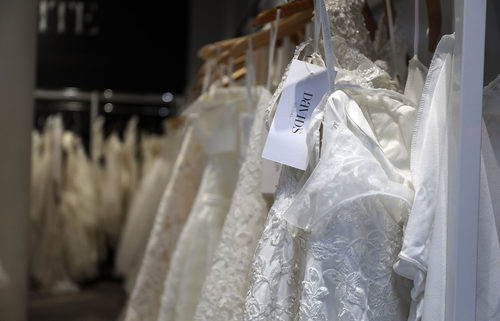