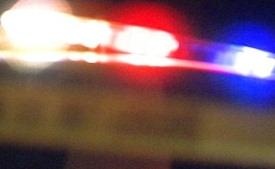 TEMPLETON, Calif. (KTVZ) – A 23-year-old Bend woman was one of four people killed Monday night when their car left a road and hit an oak tree in Templeton, California, the California Highway Patrol reported.

A witness said York was going about 70 mph when he passed a slower vehicle going about 45-50 mph on the 55 mph two-lane road.

CHP said the driver sped up as the road entered a series of curves and undulations. After cresting a small rise, he began to brake, and the car rotated clockwise and left the road, eventually rolling into a large oak tree. Although all four people were wearing seat belts, one rear-seat passenger was thrown from the car.

CHP said the high rate of speed was the leading cause of the crash, but investigators don’t yet know if distracted driving, drugs and/or alcohol were contributing factors. Any witnesses to the crash or York’s previous driving was urged to contact CHP.