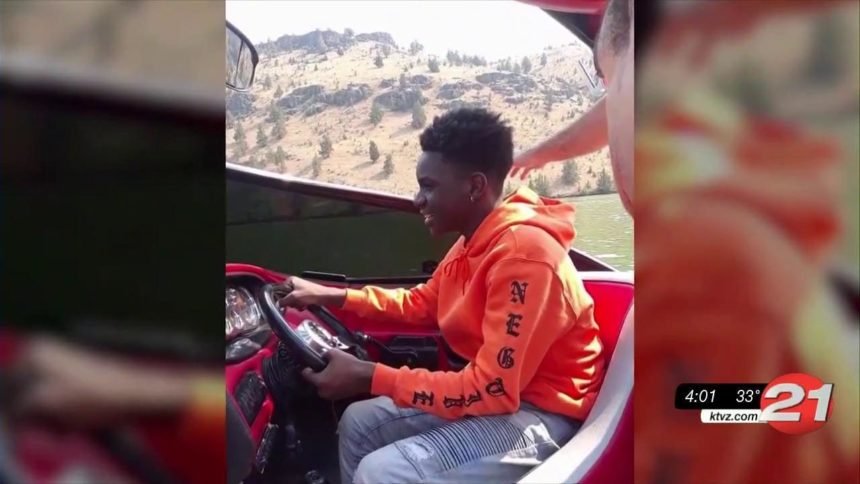 Deshaun Adderley, 14 took his own life in 2017 after reports of bullying, racial harassment

BEND, Ore. (KTVZ) -- Some Bend residents are seeking to honor Deshaun Adderley, a former Summit High School student who took his own life at the age of 14. They are petitioning for a plaque at the school that would share his name and story, but a local suicide expert is advising against the idea.

Adderley took his own life in December 2017. Before it happened, he posted a video on his Instagram account of a fight inside a Summit restroom. In it, Deshaun appears to be the aggressor, but his father said the video doesn’t tell the whole story, or show what led up to the fight.

According to his father, Donovan, Deshaun faced online bullying and racial harassment during his freshman year at Summit in 2017.

He told NewsChannel 21 shortly after his son's death that Deshaun would retaliate by threatening to bring a knife or gun to school to defend himself — and mentioned he was going to kill himself.

On the day Deshaun took his own life, Bend police officers went to his home to ask Deshaun about those threats. Hours later, Deshaun died of suicide.

Now, a petition for a proposed plaque that would honor Deshaun at Summit High has already garnered nearly 5,000 signatures.

It reads, in part, "While the world is taking action to fight racial inequality, it is important to start by looking at our own communities and the injustices around us. This plaque would be the first of many steps to face Summit's issue with racism. It is unacceptable to claim to be a school striving for racial equality while still putting a taboo on Deshaun Adderley's name and story."

Not everyone is supporting the idea, though.

Carol Palmer, a mental health counselor with Central Oregon's chapter of The Compassionate Friends, told NewsChannel 21 Wednesday she appreciates the message behind the proposal, but does not endorse it.

"We definitely do not want to do anything that would, in any way, glorify or glamorize suicide," Palmer said. "Certainly, if it specified that he died of suicide, that would be the worst thing that I would want to see on that plaque."

You can visit the 'Let's Talk' page on our website for more information about suicide prevention.