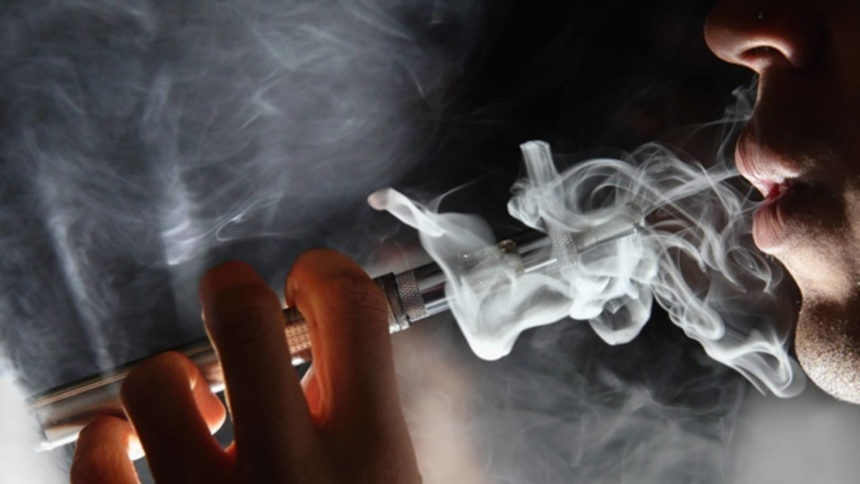 The OLCC is working to trace products and when necessary remove them from sale. OLCC will be considering immediate action at its December 2020 Commission meeting to prohibit future use of squalene and squalane, institute a mandatory recall of affected products, and create a more stringent and transparent review process of cannabis vaping products going forward.

The products under investigation by OLCC contained Viscosity, a non-cannabis diluent manufactured and sold by a third-party (non-OLCC marijuana licensee). Some of the product remains on the market, and the OLCC is working to trace and remove it.

Squalene is a “botanically-derived terpene” that can be derived from olives; squalane is the hydrogenated version of squalene.

Following OLCC’s confirmation of the presence of squalane in Viscosity via independent laboratory analysis by ChemHistory and SC Labs, True Terpenes has complied with all of OLCC’s requests for information. Viscosity has since been reformulated, and according to True Terpenes, none of their products have contained squalene or squalane since November 2019.

As a result of its investigation, the OLCC has identified recreational marijuana licensees that potentially used Viscosity in their products.  Because of their purchase of Viscosity, OLCC has requested additional information from several licensees about products they have manufactured.

Oregrown was the first licensee to confirm its use of the Viscosity formula under investigation, and since then has been working with the OLCC to voluntarily recall the limited amount of its remaining product containing Viscosity. OLCC has provided Oregrown with the information regarding affected items still on the market and their current location.

Oregrown utilized Viscosity in making Oregrown PAX Era D9 Elite style vaping products manufactured on or prior to August 31, 2019. Although Oregrown has reformulated its PAX product to no longer include Viscosity, the previously manufactured items containing the prior Viscosity formula remain in the market. The most recent sales from Oregrown PAX Era D9 Elite products containing this prior Viscosity formula were in October 2020.

In all, between April 2018 and October 2020, 268 OLCC licensed recreational marijuana retailers sold the item, OLCC said.

Consumers can verify the date of manufacture and whether an item they have purchased is subject to this recall. Any Oregrown PAX Era D9 Elite item with the label identification of “2520” and made before August 31, 2019 should be destroyed by the consumer or returned to the retailer where the item was purchased.

The OLCC has found that Oregrown was NOT aware of the contents of Viscosity and didn’t know that it contained potentially harmful ingredients.

At the time that Oregrown used Viscosity, the manufacturer, True Terpenes, did not publicly disclose any of Viscosity’s ingredients due to claims of trade secret protections.

Oregrown has provided all information that OLCC has requested, and its products complied with OLCC’s labeling rules at the time, the agency said OLCC expects that other licensees will act just as swiftly in order to ensure consumer safety by assisting the Commission in identifying and removing these potentially harmful products from the market.

The OLCC has been concerned about the presence of undisclosed ingredients in cannabis vaping products, and during the last year has been examining the use of non-cannabis additives. As part of this review, OLCC has gathered evidence that certain additives pose potential danger to consumers.

At the same time, the OLCC has suspected that these unhealthy additives had already been introduced into Oregon’s recreational marijuana system without the knowledge of licensees. The OLCC has been investigating the presence of unknown additives in cannabis vape products, which led to OLCC’s independent discovery of squalene and squalane tainted products.

OLCC recently commissioned a study that determined that when exposed to heat, squalene and squalane produce harmful chemicals. It has also been documented that inhaling squalene has been associated with exogenous lipoid pneumonia.

Initial evidence about these additives also suggests a potential for consumer harm similar to that already proven about Vitamin E Acetate.

In light of these recent findings, OLCC staff will be proposing two actions at OLCC’s Dec. 17 commission meeting.

One will be an action that would declare squalene and squalane adulterants; if approved by the Commission, any items in Oregon’s regulated market to which squalene or squalane have been added would be subject to a mandatory public health and safety recall.

OLCC is continuing its investigation into licensees that purchased Viscosity during the relevant time frame, in order to confirm whether it was used in any other vaping products that were sold to consumers.

If it is determined that other licensees used the prior formulation of Viscosity without proper disclosure on the item’s label, or have withheld information from the OLCC regarding the use of Viscosity, OLCC will pursue compliance action against those licensees as necessary. Additional health and safety recalls may be issued as more information is discovered, the agency said.