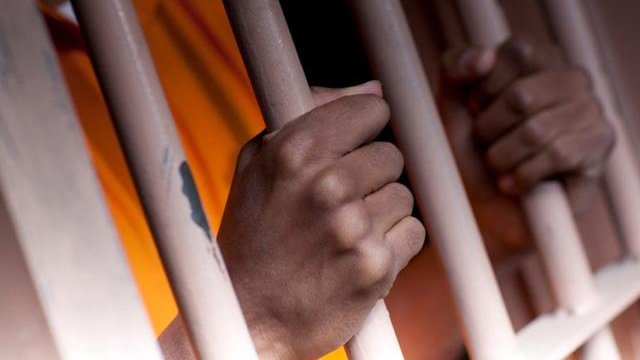 The plan calls for the immediate release of adults in custody (AICs) who are considered to be at particular risk of severe consequences from COVID-19, as well as the release of individuals who are just a few months away from the end of their sentence and who have approved housing available upon their release.

The plan includes additional requirements that the Department of Corrections must meet in order to guarantee the safety of AICs, Corrections staff and the community at large.

The proposed plan follows actions taken by the federal government and a number of Oregon counties to reduce their incarcerated populations in order to prevent the worst consequences of COVID-19 outbreaks, the lawmakers said in a news release.

A portion of the proposal – potential commutation of the sentences of at-risk AICs – was agreed to and announced by the governor in a communication to DOC on Friday.

Brown asked the department for a list of names by June 22 of inmates eligible for possible release, under certain criteria, to limit the spread of COVID-19 in the state prison system.

“We are very pleased with this as a first step,” said Representative Bynum, chair of the House Committee on Judiciary. “These are people with serious medical conditions, and the overly congested conditions of our prisons can be a death sentence for them. The appropriate humanitarian response would be to release them as soon as possible.”

“I commend the governor for taking this step,” said Senator Prozanski, chair of the Senate Committee on Judiciary. “But there’s more to be done.

"Due to COVID-19 and the upcoming budget shortfalls, we need to find intelligent ways to reduce the pressure on our prison system. DOC is doing the best that they can, but we can see from the Oregon State Penitentiary (where the largest COVID-19 outbreak among any workplace or congregate care setting in the state has occurred) that there are serious consequences when this disease takes off. We need a careful, long-range plan.”

“AICs have been reaching out to family and friends, asking to have their voices heard,” said Representative Sanchez, who previously served as chair of the House Committee on Judiciary. “There is fear for the most vulnerable incarcerated individuals, as well as tension that is developing from what is perceived as a lack of concern for the health and well-being of those who are serving out their sentences.”

“We know that our prison system is over-represented by people of color, which is the sad legacy of mass incarceration,” said Senator Manning, who serves as co-chair of the Ways and Means Subcommittee on Public Safety and previously served as a police officer and corrections officer. “These are human beings, and they need to be treated with respect. If they’re within a few months of release, have served their time well, and there’s a place for them to go, we should be letting them transition to post-prison supervision.”

“This proposal was very carefully crafted by legislators,” said Senator Dembrow. “As the reopening process is underway across the state, it actually becomes more dangerous for those inside our facilities. There is significant risk of COVID-19 coming in to our state prisons from the outside, and that risk increases if we see a second wave of the disease in the fall. Careful, targeted reduction of the prison population, focusing on those who did not commit violent offenses, is a smart way to reduce the risk.”

The “Decompression Strategy for Oregon Corrections during the Pandemic” can be viewed here.