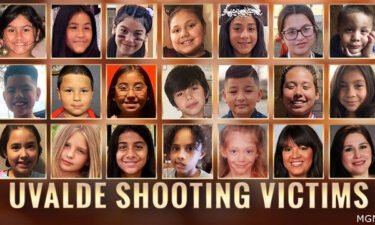 The five-hour detail focused on serving warrants on subjects with domestic violence related crimes throughout Deschutes County, including the incorporated cities.

A total of 22 law enforcement officers paired up in teams to execute the warrants. The agencies attempted 85 warrants and made five arrests.

Janes said the number of arrests depends on factors such as whether correct address information is on file for those being served warrants, or if people are home at the time.

Janes said the numbers of domestic violence calls the sheriff's office has received over the past two years has risen dramatically.

The increased number of domestic disputes is evident to others involved in the issue.

The Bend nonprofit that provides services for domestic abuse survivors has seen the need for services increase since the pandemic began.

“These are folks who are reaching out to our 24-hour helpline to take that first step of intervention with domestic violence,” MacQueen said.

She said she appreciates law enforcement doing their part in helping domestic violence victims through efforts like the warrant sweep.

“It’s a great way to let survivors know that law enforcement is there to kind of help them bring justice, but most of all, abusers in our community to know that they will be held accountable,” MacQueen said.

The nationwide collaborative effort, known as the DV Warrant Sweep, helps raise awareness of the problem of family and domestic violence in our communities. Hundreds of law enforcement agencies took part in the event. The Clackamas County Sheriff’s Office coordinates this event for the nation and has made this detail a success, Janes said.