PORTLAND, Ore. (AP) — After widely disseminating two sketches for months, Oregon State Police have identified the remains of a child found last year and say two people have been arrested in the child's death.

Police say detectives responded to a report of remains found in a duffle bag near a rest area in Lincoln County on Dec. 10, 2020.

Troopers say Coblentz was 9 at the time of her death.

Police say investigators in Detroit, Michigan, arrested her mother Shawna Browning on Tuesday, along with Lauren Harrison on suspicion of aggravated murder. It wasn't immediately known if they have lawyers to comment on the case.

On December 10, 2020, Detectives from the Oregon State Police Major Crimes section responded to the H.B. Van Duzer Scenic Corridor in Lincoln County, Oregon, for the report of human remains discovered just outside the rest area.  An individual walking in the area discovered the remains of a female child, concealed inside a duffle bag, then hidden in the forest.  Based on the level of decomposition, it appeared she had been deceased between 30-60 days before her discovery.

Investigators and experts at the Oregon State Medical Examiner’s Office, collected samples from the child’s remains for DNA testing by a specialty DNA laboratory.  Parabon Nano Labs extracted DNA from the samples submitted, and on October 4, 2021, notified OSP investigators they identified the deceased child.

On November 30, 2021, with the assistance of the Detroit FBI, OSP Investigators located Haley’s mother, 29-year-old Shawna Browning, and 34-year-old Lauren Harrison in Detroit, Michigan. Investigators arrested Browning and Harrison and served a search warrant on their vehicle and hotel room.

Browning and Harrison were arrested on a Lincoln County, Oregon warrant and charged with:

Browning and Harrison were lodged in detention facilities in Wayne County, Michigan, and are being held without bail. 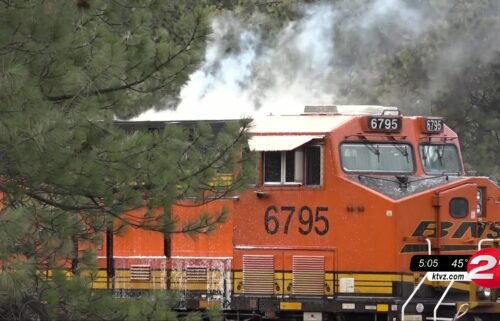