BEND, Ore. (KTVZ) – A call for help from an alleged assault victim who said her boyfriend had held her against her will for two days brought numerous police, including armored vehicles and a drone, to a southwest Bend neighborhood Thursday afternoon, and after about three hours, the pair left and the suspect was arrested in a traffic stop.

Deschutes County 911 dispatchers received a call around 11:20 a.m. from a woman who said she had been assaulted and held against her will by her boyfriend for the past two days, Bend Police Communications Manager Sheila Miller told NewsChannel 21 on the scene.

She also said the 47-year-old man also had broken her phone, and she used an acquaintance's phone to report the crimes. Police were unable to reach the man or woman by phone, so they set up a perimeter and incident command post in the area.

Numerous officers, along with two armored cars and a drone, staged near the home on Southwest Blakely Road to try to intercept the pair if they left, Miller said.

They left the home in a pickup truck about three hours later and were tracked as they headed north on Third Street. Miller said officers conducted a traffic stop at Brosterhous and Parrell roads and with the assistance of K-9 teams from Bend police and the Deschutes County Sheriff's Office, the suspect was taken into custody without further incident or injury.

The man was arrested on charges of fourth-degree assault, coercion and interfering with making a police report, Miller said, and other charges could be forthcoming.

She said the large police presence was assembled because the suspect, a Bend resident, has an extensive criminal record in Oregon, California and Nevada, including assaults and weapons offenses.

Because of that history, police activated the Central Oregon Emergency Response Team around 1:30 p.m. An unmanned aerial system (drone) also was used for surveillance of the home.

Officers had staged along SW Sunbrook Dive near Millbrook Lane, near but out of sight of the home.

A large contingent of police from as far away as Prineville were on scene as skies darkened and stormy skies dumped heavy rain on the area (and much of the city, causing high water and flooding on streets). 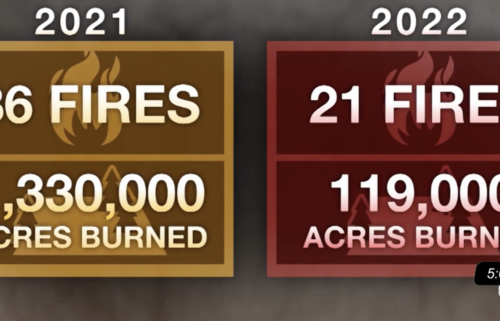