Here in full is a news release from the Center for Biological Diversity:

The court found that the proposed logging of the Benson Ridge parcel by the subsidiary of Roseburg Forest Products would harm and harass threatened marbled murrelets, in violation of the federal Endangered Species Act. The court’s ruling permanently enjoins logging of the occupied murrelet habitat.

In August 2016, Cascadia Wildlands, the Center for Biological Diversity and Portland Audubon filed suit seeking to block Scott Timber from clearcutting 49 acres of the 355-acre parcel of land because of the impacts to threatened marbled murrelets.

“Today’s ruling is groundbreaking because it holds a private timber company accountable for plans to destroy habitat essential for imperiled wildlife in Oregon,” said Nick Cady, legal director at Cascadia Wildlands. “This ruling establishes that private timber companies can no longer violate the Endangered Species Act with abandon.”

Marbled murrelets are listed as “threatened” under the Endangered Species Act. The Act strictly prohibits “take” — which includes harming, wounding, harassing or killing — of protected species. Marbled murrelets are sea birds with unique nesting requirements. They lay a single egg high in horizontal branches of old-growth trees within 40 miles of the coastline and make daily trips to the Pacific to bring fish to their young once they’re hatched.

Murrelets were documented in the stand proposed for clearcutting more than 200 times by both Coast Range Forest Watch, a group of citizen scientists who conduct murrelet surveys out of concern for their survival, and the logging company’s own contractors. This led the court to find that logging would harm murrelets “through the destruction and degradation of occupied murrelet habitat” and thereby impair the seabird’s ability to nest for “100 years or more.”

“I love marbled murrelets and I’m thrilled they got a little more protection from logging,” said Noah Greenwald, endangered species director at the Center. “The state of Oregon, private timber companies, and all of us share a responsibility to stop extinction and protect forests. This decision is good news not only for murrelets, but for hundreds of other species and future generations.”

In July of 2021, the Oregon Department of Fish and Wildlife up-listed the murrelet’s state protected status from threatened to endangered under Oregon’s Endangered Species Act. In response to a 2016 lawsuit, the Oregon Board of Forestry is in the process of developing rules to protect murrelet sites on state and private timber lands, but the board has dragged the process out for more than five years and has yet to propose final rules. When presented with this lawsuit, the U.S. Fish and Wildlife Service declined to take up the case.

“Since their listing 30 years ago under the ESA, marbled murrelets have moved even closer to extinction in Oregon in large part because state and federal agencies have not done enough to protect and preserve the older forests on which they depend,” said Bob Sallinger, conservation director for Portland Audubon. “Hopefully this win and others that preceded it will encourage state and federal agencies to more aggressively pursue their responsibilities to protect and recover this amazing seabird that depends on Oregon’s older coastal forests to nest.”

The Benson Ridge parcel was acquired by Scott Timber as a part of the state of Oregon’s efforts to sell the Elliott State Forest in 2014. Cascadia Wildlands, Audubon and the Center challenged those land sale efforts in state court in order to keep the much-loved forest open to the public. In 2019 the Oregon Supreme Court ruled that the state’s efforts to sell the Elliott were illegal and that the state’s understanding that these lands needed to be managed to maximize revenue was misplaced.

The court’s ruling builds on recent successful efforts to permanently protect the remainder of the Elliott State Forest. This past legislative session, the Elliott State Research Forest was created, severing the link between old-growth timber sale revenues and public school funding in Oregon. The new research forest retains the forest in public ownership, creates a 34,000-acre permanent reserve on the west side of the forest to benefit murrelets and other imperiled species, protects nearly all of the remaining mature and old-growth forest left on the Elliott, and meaningfully engages western Oregon Tribes in its management.

The organizations were represented by attorneys for Cascadia Wildlands, the Center, attorney Daniel Kruse and the law offices of Charlie Tebbutt. 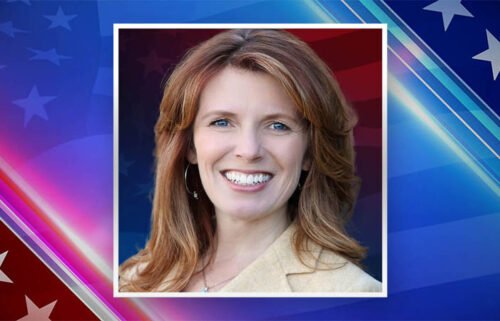