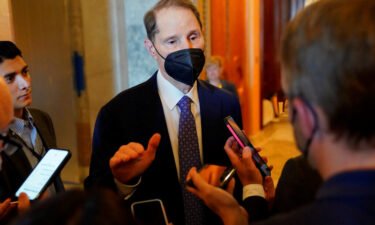 CORVALLIS, Ore. (KTVZ) – Hops of the same variety grown in Oregon and Washington and beers brewed with those hops have different chemical properties and aroma profiles, a new Oregon State University study found.

Demand for hops has surged in recent years as the craft beer industry has grown, fueled in part by hop-forward beers, such as India pale ales. Consequently, brewers, hop breeders and hop growers are focused on the aromatic potential of hops and their contribution to beer flavor.

Meanwhile, at a time of increasing appreciation for regionally or locally produced beer, the concept of “hop regional identity” provides hop growers and brewers an opportunity to add value to their products by understanding hop traits that are influenced by a growing region, a subregion or even a single field. The idea of regional identity, also known as terroir, has been used to market other agricultural products, such as coffee, cannabis and wine.

“Like winemakers, brewers want to know: Will hops grown in different regions be different? And, if so, why?” said Tom Shellhammer, an Oregon State professor who studies the chemistry of hops. “This study shows compelling evidence that there are differences you can attribute to the region.”

Washington is by far the largest hop-producing state, accounting for 73% of the total hop harvest in the United States in 2021, according to a report from the U.S. Department of Agriculture. Oregon is third with 11% of the country’s total. Idaho ranks second with 16% of the total.

For the study, the researchers analyzed Cascade and Mosaic hops from the 2020 harvest year grown at 39 different locations in Oregon’s Willamette Valley and Washington’s Yakima Valley. The valleys are the centers of each state’s hop production industry.

They chemically analyzed acids and compounds in the hops and convened a trained sensory panel to analyze the hop aromas. These two methods revealed significant between-state and within-state differences for both varieties.

The researchers also brewed beers using 14 of the hop samples. Overall, most of the major aroma attributes identified in the hops also played an important role for the aroma of the beers. However, the importance of resinous, sweaty, and herbal attributes decreased from hops to beers, whereas citrus, tropical, fruity and floral attributes were more important in the beers than they were in the hops.

“These results will help hop growers in the Pacific Northwest of the United States as well as brewers utilizing hops from these major hop-growing regions to produce regionally unique beers or to blend hops in a way that results in standardized and constant beer quality,” Shellhammer said.

The findings build on a previous study by several of the same authors that focused on terroir of hops in Oregon’s Willamette Valley. In that study, they also found significant differences in chemical properties and flavor profiles from hops collected from 50 sites all within 30 miles of each other.

In the future, the researchers would like to study whether regional differences exist among other hop varieties and between different harvest years. They also want to further investigate environmental parameters, such as soil characteristics, the microbiome, weather and climatic conditions, and agricultural parameters such as irrigation, fertilization and harvest date.

Co-authors of the paper were Michael Féchir or Oregon State, Curtis Roy of Yakima Chief Hops and Garrett Weaver of Coleman Agriculture.