Deputies were dispatched around 5 p.m. to a reported dispute involving a knife on Doe Lane in La Pine, Sgt. William Bailey said. While en route, they learned one person had stabbed a vehicle with a knife and all of those involved likely were still in the area.

A deputy and two Oregon State Police troopers arrived about four minutes after the 911 call, made by one of the occupants of a blue 2009 Subaru Impreza, Bailey said.

The three occupants of the Impreza -- driver Jacob Neubaum, 27, and passengers Kyle Muns, 27, and Breken Bateman, 26 -- had stayed at the scene with their car.

The driver of a green 1997 GMC Yukon, James Littrell, 40, was reported to have had a knife during the dispute. Deputies found him at his nearby home, Bailey said, and he walked out and surrendered to deputies without incident.

An investigation found the road rage incident occurred on Highway 97 between Sunriver and La Pine, as Neubaum and Littrell drove southbound and engaged in aggressive driving behavior. Littrell had one passenger, a minor, Bailey said.

During the Doe Lane confrontation, Bailey said, Neubaum used his car to strike Littrell, who had armed himself with a knife and was standing in the middle of the road. Littrell fell onto the car's hood and drove the knife through it, the sergeant said.

The three men in the Subaru then got out and a brief physical altercation occurred, before the parties separated and police were called, according to Bailey.

The minor in the pickup was present during the road rage but had left the scene during the Doe Lane confrontation, Bailey said.

The sergeant said the four men were arrested by citation because the charges were misdemeanors and there were no serious injuries. Alcohol and drugs are not believed to be factors in the incident, Bailey added. 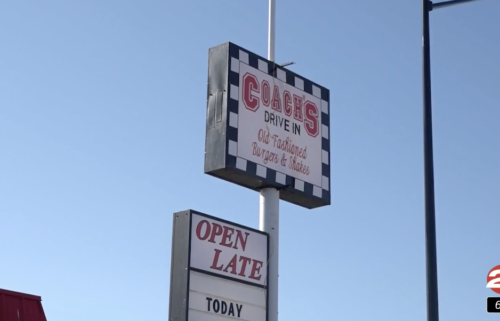