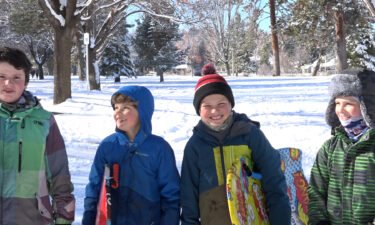 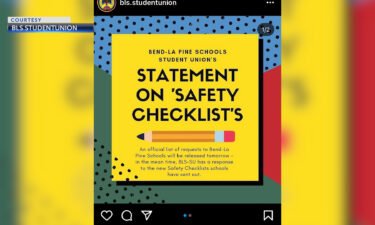 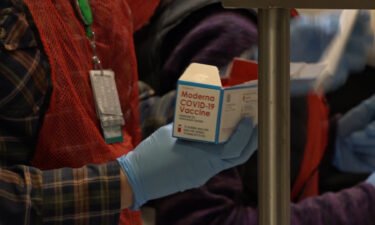 MADRAS, Ore. (KTVZ) – A Madras police sergeant was justified in firing a dozen shots into the windshield of an oncoming driver, who received only minor injuries, because “it was reasonable for him to believe” that his life was in danger, as was another officer whose car he’d hit, Jefferson County District Attorney Steven Leriche said Tuesday.

Leriche said he had concluded his review of the officer-involved shooting last Wednesday in the 400 block of Northeast Oak Street that followed a pursuit of Jordan Abbe, 30, of Madras, who was treated at nearby St. Charles Madras, then jailed on charges including attempt to elude police, attempted assault on a public safety officer and unlawful use of a weapon.

Around 10:30 that morning, an acquaintance of Abbe contacted police to request a welfare check, saying Abbe was seen “agitated and behaving erratically,” Leriche said.

“Officers were familiar with Abbe from prior contacts and elected not to contact Abbe at that time, as officers did not want to further agitate (him),” the DA said, noting that law enforcement deferring contact with someone not exhibiting criminal behavior in order to avoid escalating the situation “is an acceptable exercise of police discretion.”

Shortly before noon, Madras police Sgt. Mel Brown and Officer Ryan Kathrein were parked beside each other in a local business parking lot when they heard the sound of screeching tires, Leriche said. A silver Chevy Monte Carlo entered the parking lot and circled the officers in a move “commonly known as a ‘cookie’ or ‘doughnut,’” Leriche wrote, adding that video surveillant at the business confirmed the information.

Brown recognized the driver as Abbe, and both officers said he nearly struck their cars, as he was staring at and making contact with them, rather than monitor his car’s path, Leriche said.

The officers moved their cars out of Abbe’s path and turned on their overhead lights in an attempt to get him to pull over.

“Both officers told investigators they had never seen such unusual conduct throughout their careers in law enforcement,” Leriche wrote, noting that Brown has 24 years of law enforcement experience and Kathrein has 14 years.

Abbe then led officers on a brief pursuit from the business area of Madras into “a more residential neighborhood” near the hospital, Leriche said.

Recorded radio traffic confirms Kathrein notified dispatch that Abbe almost struck both officers again during the pursuit, and “Kathrein observed Abbe appear to reach for something in the vehicle during the pursuit.”

The officers said Abbe would occasionally “slow down to try to draw them in closer, than slam on or ‘anchor’ his brakes, apparently in an effort to cause a crash,” the DA said.

Brown told investigators he believed Abbe planned to stop his car “at a point where Abbe would have a tactical advantage against the officers,” Leriche said. At one point, Abbe pulled over near Oak and Eighth Street, but as officers got out to arrest him, he took off again, nearly hitting Brown’s patrol car.

Abbe headed east on Oak Street, Leriche said, then suddenly made a U-turn and headed back toward the officers, in the lane Kathrein occupied, Leriche said. Kathrein said because of cars parked beside the road, he was unable to move his car out of Abbe’s way and was struck by his car.

Brown got out of his car just before or at the tie of the crash and said after the collision, Abbe turned and focused his attention on Brown, with his car still running and no attempt to get out. At least one civilian witness said Abbe was revving his engine.

“At that point, having no less-lethal option available to him and having no way to return to his own vehicle without giving Abbe the opportunity to strike him, and Abbe having already shown a willingness to use the deadly force of his vehicle against law enforcement, Sgt. Brown fired into Abbe’s vehicle,” Leriche said.

Along with interviews of police and civilian witnesses, investigators reviewed dashboard camera footage from a civilian near the event, Leriche said, noting that Madras police officers are not equipped with dash or body cameras.

Leriche said the initial charges against Abbe, who remains held at the county jail on $50,000 bail, may change after the case is presented to a grand jury. 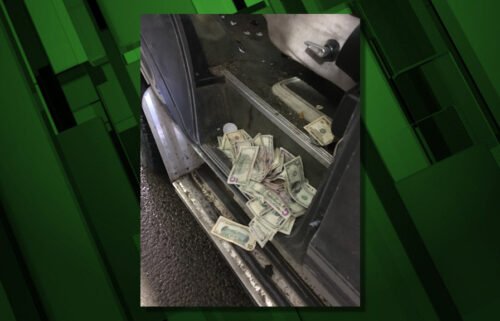 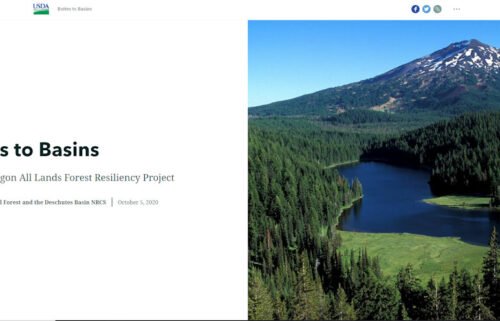