Myanmar’s new military junta, which overturned the results of democratic elections when it seized power last Monday, has warned the public not to “destroy” democracy following four days of protests.

In a statement on the government-run MRTV channel, the military warned that “democracy can be destroyed” without discipline, and that people who “harm the state’s stability, public safety and the rule of law” could face legal action.

The warning came as two people were seriously injured in the capital Naypyidaw on Tuesday after police officers allegedly shot at protesters, according to the political party of deposed leader Aung San Su Kyi.

“A young man sustained a gunshot wound to the chest and another woman… was hit in the head by a bullet that pierced a motorcycle helmet,” National League for Democracy (NLD) Party spokesperson Kyi Toe said in a Facebook post on Tuesday afternoon.

Kyi Toe said that a doctor had confirmed the female victim would was currently in critical condition and would need to be placed on a ventilator.

“The doctor said the wound was from a real bullet, not a rubber bullet,” Kyi Toe added.

The police and military in Myanmar have not issued any statements regarding the protests in the country.

On Tuesday, the government imposed new restrictions on public gatherings and instituted a curfew for major towns and cities across the country, including the capital, Naypyidaw, and largest city, Yangon, where large protests are ongoing.

According to a notice published by state-owned newspaper The Global New Light of Myanmar, people are prohibited from gathering in groups of more than five, restricted from joining protest marches on foot or by car, and are not allowed to make political speeches in public areas.

A curfew will be in place from 8 p.m. until 4 a.m. in most major towns and cities. While the notice said it came into force on February 8, it did not say when restrictions would lift.

At least 27 people were arrested during protests in Mandalay, the country’s second-largest city, Reuters reported Tuesday. The report said that two local media organizations confirmed the arrests, which included a journalist for the Democratic Voice of Burma, who said they were detained after filming police violence against protesters.

Tens of thousands of people have taken part in protests against the February 1 coup, despite a long history of brutal crackdowns by the military and threats to use live ammunition against demonstrators.

Those arrested could face prosecution under Section 144 of the Criminal Code for “unlawful assembly.” Section 144 has been used in the past as a way to stop lawful protests and to justify violent crackdowns on mass demonstrations.

For a fourth straight day Tuesday, thousands of people gathered in Naypyidaw against the military takeover and called for the release of detained civilian leader Suu Kyi and other elected lawmakers.

Riot police used water cannon against protesters who had assembled near a barricade on a main road in the capital. The demonstrators could be heard chanting “people’s police.” Police warned on loudspeakers that force could be used if the protesters did not leave the area. Police later fired warning shots into the air to disperse the crowd, according to Reuters.

It was the second day that police had used water cannon against protesters in Naypyidaw. On Monday, protesters chanted anti-coup slogans and demanded power be handed back to elected leaders. Demonstrators dispersed after police told them they would fire live ammunition if they crossed a police line on one of the city’s main roads.

In Yangon earlier this week, protesters marched toward Sule Pagoda in the former capital’s downtown chanting and holding up the anti-government three-finger salute from the “Hunger Games” movie franchise that became a popular protest sign during the 2014 coup in neighboring Thailand. Sule Pagoda was at the center of anti-government demonstrations that were violently suppressed by the military in 1988 and 2007.

On live feeds posted on social media, protesters could be heard shouting “the people stand together against the dictator’s government” and held banners with portraits of Suu Kyi’s face.

Members of the Student Union led the first wave of protesters, with teachers and engineers joining the Yangon crowd. Saffron-clad monks could be seen supporting the crowd standing outside temples, raising the three-finger salute, and waving.

“We are not going to allow this military dictatorship to pass on to our next generation. We will continue our protest until this dictatorship fails,” Yangon resident Soe Maung Maung said.

The US State Department said that it was “very concerned” about military-imposed restrictions on public gatherings and offered support for the country’s peaceful protests.

“We stand with the people who support their right to assemble peacefully, including to protest peacefully in support of the democratically elected governments, and the right to freedom of expression, including the freedom to seek to receive to impart information both online and offline,” said spokesman Ned Price.

United Nations spokesperson Stephane Dujarric said that measures imposed by Myanmar’s military rulers, such as rolling internet blackouts, are “concerning” and limit abilities of citizens to speak up. The UN Human Rights Council will hold a special session on Myanmar on Friday.

In his first public televised address since seizing power, Gen. Min Aung Hlaing on Monday told citizens to prioritize “facts” not “feelings,” pledged to hold “free and fair” elections and hand over power to the winner.

Min Aung Hlaing justified his army’s seizure of power by claiming Myanmar’s electoral commission used the Covid-19 pandemic as an excuse to not allow fair campaigning, and said “no organization is above national interest.”

He did not say when elections would be held but repeated claims the November 2020 poll — in which Suu Kyi’s National League for Democracy Party (NLD) won an overwhelming victory — was fraudulent. The state of emergency, imposed when Min Aung Hlaing seized power, is in place for one year.

The election commission has denied the claims, saying any irregularities would not have been enough to change the overall result.

In his address, Min Aung Hlaing said that a new election commission had been formed and it is inspecting the voting lists.

Analysts have said the military’s justification of its takeover does not stand up because the seizure of power was illegal, and in doing so the military violated its own constitution that it drafted in 2008.

“The military claims that its actions are according to the constitution. But this is a coup and the military have bent the rules to suit their interests. It is hard now for anyone to take the military-drafted 2008 constitution seriously,” said Melissa Crouch, law professor at University of New South Wales, Australia and author of “The Constitution of Myanmar.”

Civilian leader Suu Kyi has been held incommunicado since she was detained hours before the military took control. She is under house arrest, charged with breaching the import-export law, while ousted President Win Myint is accused of violating the natural disaster management law — charges that have been described as “trumped up.”

“There is reasonable concern that the military junta will transform these peaceful demonstrations into a riot and take advantage of the instability,” AAPP joint-secretary Bo Kyo said.

“Whenever state institutions are unstable it is the most marginalized sections of society who suffer, the military has form in finding blame in someone or other group. This must not be allowed to happen. The peaceful march towards democracy must succeed.” 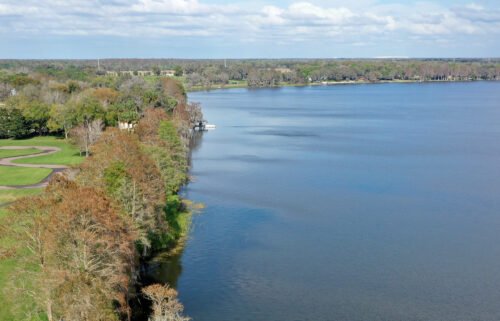 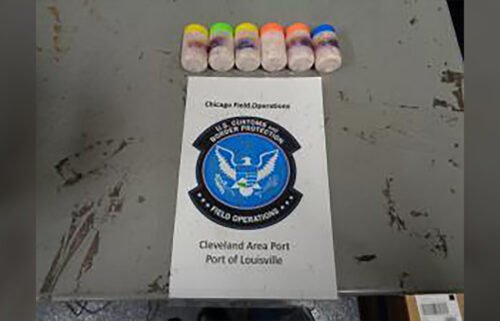 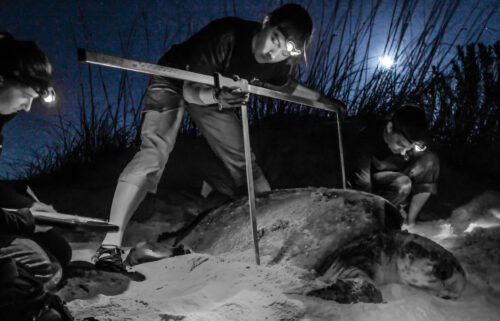