Oleksander’s restless pale blue eyes speak as loudly as his words. He is on edge, and with good reason, as he returns to the jail in the newly liberated city of Kherson where he says Russian guards beat him daily.

We pass cell blocks and rusting outdoor exercise cages, move through guard rooms, turnstiles and heavy iron doors, and travel along fences topped in reams of razor wire in this Soviet-era prison until we reach one of the epicenters of Russia’s brutal occupation of Ukraine.

It’s here, in a dark and rubble-strewn corridor, that Oleksander and another former prisoner who didn’t want to be interviewed say Russian guards executed Ukrainian prisoners for pro-Ukrainian chants or tattoos. CNN is identifying Oleksander only by his first name for security reasons.

As Oleksander pushes on a solid, red iron cell door at the end of the corridor, burning wood falls from the ceiling, smoke billows and glowing embers tumble out. The ceiling in this part of the cell block is alight and burning timbers are crashing down.

That’s where the Russian troops brought people for torture, Oleksander tells us. After the Russians withdrew from Kherson “they set fire [to] it to destroy evidence of their crimes,” he says. It is impossible to enter to check it out, due to the flames.

The Russian retreat was fast — some 30,000 troops, according to Russia’s Ministry of Defense, executed their withdrawal within three days of Russia’s announcement they were leaving. They’d been preparing for the move for several weeks and blamed it on poor supply lines across the Dnipro River, which Ukraine had been intentionally targeting with US-made HIMARS ​rocket launchers since late July.

Back in daylight outside the cellblock, Oleksander says he was arrested in his apartment by Russian police, accused of being a criminal. He says they deliberately broke his leg by kneeling on it as they restrained him.

He tells us it wasn’t his first time in Kherson’s jail, having previously spent time there for a criminal offense. But unlike the Ukrainian guards, he says, the Russians were needlessly brutal. “They abused everybody, kept us hungry, used us as free labor to repair their military vehicles, they were beating us as they wanted,” Oleksander says.

Russia has previously denied allegations of war crimes and claimed its forces do not target civilians, despite extensive evidence gathered by international human rights experts, criminal investigators and international media in multiple locations.

Kosta’s experience was different — his alleged abuse was more psychological than physical, although he says he experienced plenty of that too.

The Russians suspected him of being part of an underground network of saboteurs targeting their officials and facilities, says Kosta, whom CNN is identifying only by his first name for security reasons.

Mysterious car bombs and other explosions had become a nagging concern for the local Russian-installed administration, whose boss, Kirill Stremousov, died in a sudden, unexplained car accident during the final days of the Russian occupation.

Not long after underground activists blew up a Russian police vehicle near Kosta’s Kherson apartment, he says 11 heavily armed Russians showed up at his door and forced their way in.

Closer to 30 than 20, Kosta won’t let us show his face on camera. He says the Russians have him on a database, and knew details of his cellphones when they showed up at his apartment.

They were so well prepared, they knew where he went to school, Kosta says, and accused him of previously being a member of “Right Sector,” a far-right nationalist organization with political and military wings. He denies belonging to the organization.

When we meet in Kherson’s central city square amid the cacophony of liberation celebrations, Kosta is less jubilant than the others around him. He says it is taking him some time to adjust to the new freedoms and he is wary that Russian collaborators, still at large, could target him.

Many Ukrainians who came to talk with us during the first few heady days of liberation told us of their surprise at how many people they knew had collaborated with the Russians when they first took control of the city in early March.

A lively 71-year-old former marine engineer who came over to talk with us just hours after the Russians had gone was particularly animated on the subject. “Many people who were born here, educated here, working here, they welcomed the Orcs (an anti-Russian slur), I was astounded, I hated it,” said the man, who didn’t give his name.

The reasons for such collaboration vary. Conversations with people in the city suggest a minority were pro-Russian and thought the Russians would be there to stay, making collaboration the path to an easier life; others were forced by the Russians to collaborate.

Unlike Kosta, the former engineer was less worried about the reappearance of those who worked with the Russians and more concerned that they be held to account. “I want to say burn these people who collaborated with foreign forces in hell,” he said.

‘It was really scary’

In any other circumstance, Kosta seems like the sort of guy who can handle himself — wiry, and judging by his handshake, strong — but he says the Russians put him through a psychological wringer.

That was just the beginning, Kosta says. When they took him to a police station and put him in a cell the mental torture got worse. “There is nothing that can prepare you for it,” he says.

They put a gun to his head again, he says, and told him to talk — again, with no questions, to increase the pressure on him to speak — and pulled the trigger. The emotions etch deeper on Kosta’s face as he explains the torment. “I’m not sure that all life pass[ed] before my eyes but it was really scary,” he says.

Kosta doesn’t claim to be part of that resistance organized in part by the Ukrainian intelligence service, or SBU, but plenty of people in Kherson helped where they could. One hotel owner told CNN he hid injured Ukrainian soldiers in his basement for several months until they could be smuggled to safety.

The Russians’ grip on Kherson depended on stamping out pro-Ukrainian sentiment. Kosta knew if he couldn’t convince the Russians he was innocent, they’d take him deeper into Russian-controlled territory for more interrogations.

After the mock execution, he says, they tried fake electrocutions. “They put the electric to my testicles … but don’t start the power.”

He said he’d prepared himself to crack if the torture got very physical. “I understand [with] the real torture nobody can take it,” he says. Indeed, in the cells beneath his, he says he could hear people screaming and crying for their mothers while being beaten into a confession.

Through it all he didn’t crack, and, without hard evidence, he says, the Russians let him go — but he still finds himself looking over his shoulder.

Kosta may feel some relief in the coming weeks; a Ukrainian reconnaissance commander CNN met months ago during the push for Kherson arrived in the city Monday with one stated mission: to root out residents who had worked with the Russians.

How the Ukrainian military handles those suspects will be a true measure of how much they want to separate themselves from the Russian-style brutality that Kherson suffered for most of 2022. 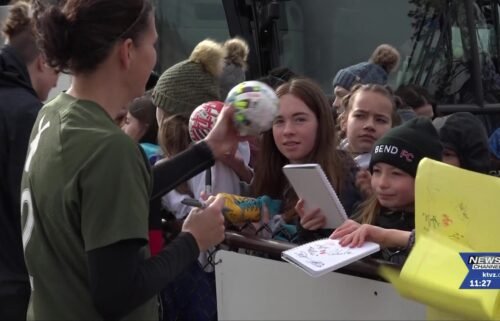 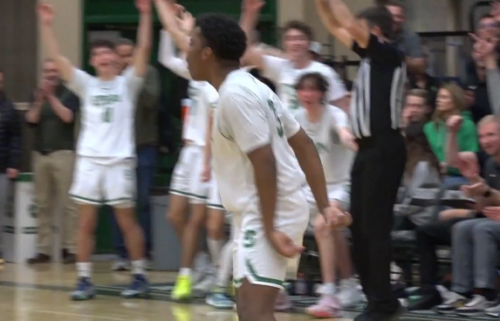 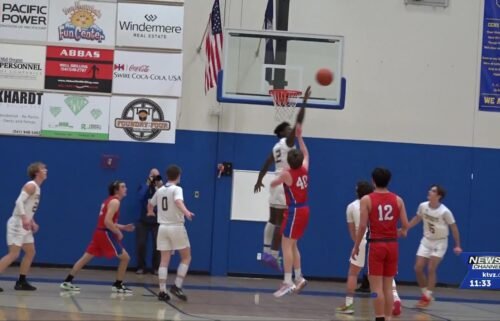