An explosion occurred Wednesday at Ukraine’s embassy in Madrid, injuring one Ukrainian employee who was handling a letter addressed to the country’s ambassador to Spain, officials said.

The individual was slightly injured and is being treated at hospital, while police are investigating, Spain’s foreign ministry said.

Kyiv’s ambassador to Spain, Serhil Pohoreltsev, was the intended recipient of the envelope, it added.

A separate letter bomb, which was deactivated at a weapons manufacturer in northern Spain late Wednesday, had the same return address as the one that exploded in Ukraine’s embassy in Madrid, a senior Spanish official told Spanish radio station SER.

“The return address on the envelope is an email that is the same” on both envelopes, Rosa Serrano, the top Spanish government official in the Aragon region where the second bomb arrived, told SER.

The explosive sent to the weapons maker in the city of Zaragoza, in Aragon, “apparently came from Ukraine,” Serrano said, adding that authorities suspect the one at the embassy may have come from Ukraine, too.

An executive at the arms manufacturer was apparently aware about the Madrid explosion, so when an envelope arrived soon after, that no one seemed to recognize, the company called the police, Serrano said.

The bomb squad arrived, a security perimeter was established and police determined there were explosives inside the envelope, designed to explode upon opening. It was deactivated, Serrano said.

Serrano didn’t identify the firm, but Spanish media reported its name and said it manufactures rocket launchers that Spain has sent to Ukraine to fight against Russia’s invasion of that country. CNN could not immediately confirm that detail.

“I know the firm has been an arms manufacturer a long time, with state-of-the-art facilities,” Serrano said in the radio interview.

CNN has reached out to Spanish police for comment.

‘They will not succeed’

Ukraine has ramped up security at all of its embassies in response.

Oleg Nikolenko, a spokesperson for Ukrainian Foreign Minister Dmytro Kuleba, said the life of the injured employee “is not at risk,” and descsribed the staffer’s position as “commandant.”

Police say it is too early to know whether the explosion took place when the embassy worker tried to open an envelope, or simply move it. Nikolenko said no one else had been injured, and that Kuleba “has issued an urgent instruction to step up security at all Ukrainian embassies abroad” following the incident.

“Whoever is behind this explosion they will not succeed in intimidating Ukrainian diplomats or stopping their daily work to strengthen Ukraine and to counter Russian aggression,” Nikolenko quoted Kuleba as saying.

Spanish Foreign Affairs Minister Jose Manuel Albares spoke to Ambassador Pohoreltsev after the incident, Madrid said. The person injured was a Ukrainian worker, according to the statement.

The Ukrainian embassy is located in the Hortaleza district in northeastern Madrid. 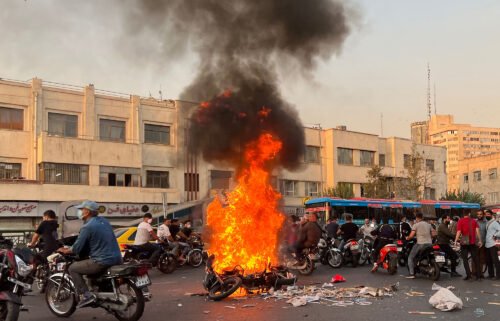 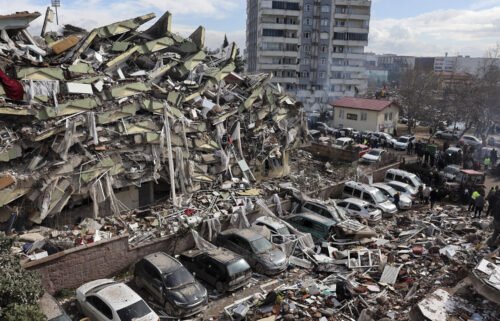