SALEM, Ore. (KTVZ) -- Oregon Attorney General Ellen Rosenblum and Treasurer Tobias Read announced Thursday that CenturyLink has agreed to pay $55 million to settle claims in a nationwide class action securities lawsuit that the company misled investors about its allegedly fraudulent sales and billing practices and their impact on the company’s consumer revenue and sales performance.

“With this settlement, Oregon has achieved a substantial recovery of the losses incurred by the state’s pension fund and other CenturyLink investors,” Rosenblum said.

“We are also sending a message about corporate accountability in the strongest possible terms: You have to keep your promises to consumers. You must be honest and forthright with investors. If you fail in these responsibilities, don’t expect your shareholders to foot the bill.”

As the court-appointed lead plaintiff in the case, Oregon pursued the suit on behalf of a class comprising thousands of CenturyLink investors, including public pension plans, mutual funds and retirement plans. The settlement funds will be distributed among eligible class members throughout the country.

“As responsible shareholders, it’s our job to speak up to protect the Oregonians we serve and their investments when a company’s actions undermine the sustainability of public trust funds,” said Read, who oversees Oregon’s public employee pension fund.

“This is a win for holding corporations accountable, safeguarding the interests of consumers and tax-payers, and advocating for management practices that enhance the long-term value of investments we manage on behalf of Oregon.”

The securities lawsuit is the second action the Department of Justice has brought against CenturyLink since the agency opened an investigation into the company in 2014.

That year, DOJ’s consumer protection division received more than 1,000 complaints from Oregon consumers alleging that CenturyLink had misrepresented its prices, failed to inform consumers of terms and conditions that could affect prices, and billed customers for services they never received.

Last December, CenturyLink agreed to pay $4 million to the state to settle alleged violations of consumer protection laws, including $672,000 in refunds to Oregonian consumers and small businesses.

The consumer settlement also requires CenturyLink to disclose all mandatory fees and charges in advertising, allow customers to change plans without paying a fee, and stop charging fees that were not disclosed at the time of sale. (LINK: https://www.doj.state.or.us/media-home/news-media-...

ABOUT THE OREGON DEPARTMENT OF JUSTICE
The Oregon Department of Justice (DOJ) is led by Attorney General Ellen Rosenblum and serves as the state’s law firm.

ABOUT OREGON STATE TREASURY
Oregon State Treasury improves the financial well-being of all Oregonians. Led by State Treasurer Tobias Read, Treasury provides low-cost banking, debt management, and investment programs for governments and empowers Oregonians to invest in themselves and their loved ones through the Oregon College Savings Plan, Oregon ABLE Savings Plan, and OregonSaves. 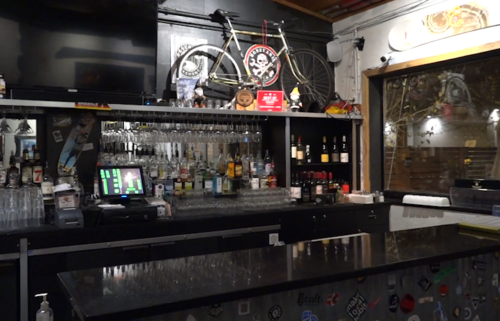