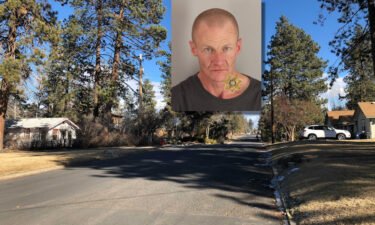 Sen. Patrick Leahy, the president pro tempore of the Senate, said Wednesday that he went to the hospital Tuesday night because of “muscle spasms” he had been experiencing.

Doctors, he told CNN, have since cleared him for a full return to his schedule and to preside over the impeachment trial of Donald Trump, scheduled to kick off in full next month.

“The nice thing about medicine is I was able to have a registered nurse come home and spend the night with me,” the 80-year-old Leahy said, referring to his wife of nearly 60 years.

Asked by CNN if he would run for reelection next year in Vermont, Leahy said he usually makes a decision on whether to run in the November or December before an election year — and would do so again after spending time skiing and show shoeing. He said “of course” he could serve out the rest of his current term.

“The latest poll shows me winning easily,” Leahy said confidently. “You all know this, I never make up my mind ’til November or December the year before — and I’m not going to do (it earlier) now.”

Leahy would not specify where he was experiencing muscle spasms, but said that the Capitol physician, Brian Monahan, told him “not to take a chance” and to “stop by a hospital on the way home.”

“Normally, I would just say, the hell with it — heck with it — but it didn’t stop,” he said, referring to the spasms. In the end, doctors, he said “gave me a clean bill of health.”