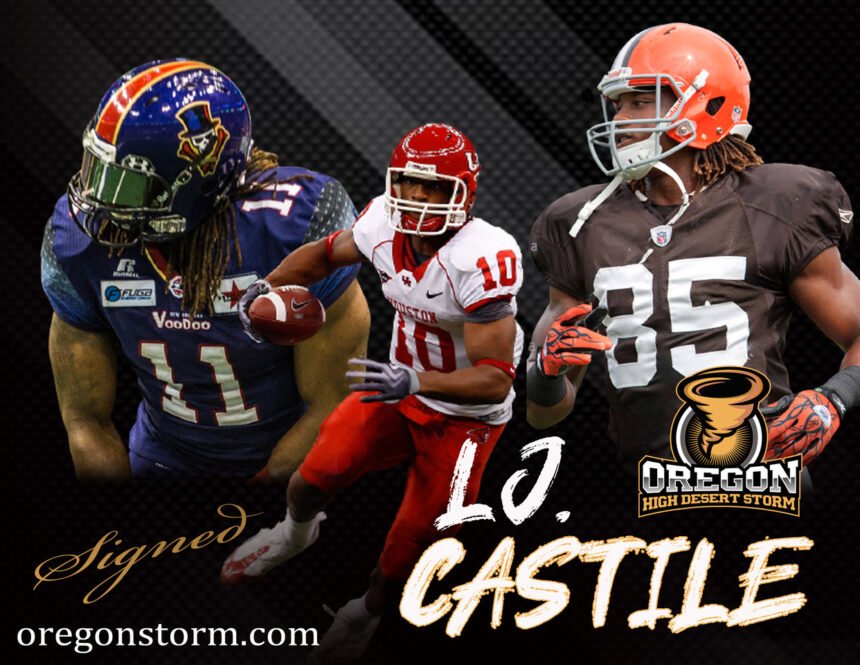 Castile has spent time in the NFL, CFL and the AFL. The 6'4 225-pounds player started out as a quarterback until mid-way through his college career, when he made the transition to wide receiver.

His size and speed have not only proved to ease the transition but propelled him to succeed in this position.

He played football at the University of Houston from 2006-2010, with 60 receptions for 854 yards and 16 touchdowns, and played his final 2011 college football season at Delta State University, with 67 catches for 900 yards and 13 touchdowns.

When he came out of college, the NFL was experiencing their lock-out, and his efforts to get into a combine or a try-out proved impossible. He was under management by a sports agent who since had changed careers. He never truly had a chance to showcase his talents in front of NFL scouts or coaches.

He was instead picked up by the AFL and began his AFL career in the summer of 2011 playing for the New Orleans Voo-Doo. Once that season was over, he was briefly picked up by the Cleveland Browns, where he played in all four pre-season games.

After that, he bounced back and forth between the AFL and CFL from 2012-2015, playing in the AFL for the New Orleans Voodoo, the Utah Blaze, and the LA Kiss, with a combined total of 235 receptions for 2,982 yards and 72 touchdowns. He also played in the CFL for the Saskatchewan Roughriders, Edmonton Eskimos, and the Ottawa Redblacks.