Car sales at major automakers are plunging due to a shortage of computer chips that’s forced factory shutdowns and crimped supply.

But that’s not fazing Wall Street, which remains laser-focused on investment in electric vehicles that could power future growth.

What’s happening: General Motors, Chrysler-owner Stellantis and Honda all recently said that sales fell sharply over the past three months due to supply chain disruption. The latest update from Ford is due Monday.

“The enduring nature of the microchip shortage and port congestion issues continue to constrain the entire industry,” Honda executive Dave Gardner said in a statement.

Breaking it down: Carmakers say demand for vehicles remains strong, even as prices have hit record highs. The average new vehicle in the United States sold for $43,355 in August, according to Kelley Blue Book. That’s up 10% from one year ago.

Yet automakers have had to idle plants for months as they scramble to secure necessary parts, a problem they’d hoped would be behind them by now. That’s weighed on deliveries.

Investors are doing their best to look beyond recent developments. GM’s shares rose almost 8% in September, while Ford climbed nearly 9%. The First Trust Nasdaq Global Auto Index Fund, which tracks the sector, pulled back over the past two months, but remains almost 12% higher this year after rallying 53% in 2020.

Why? Call it faith in the future of the electric car.

Last week, Ford announced that it was investing $7 billion to build two enormous manufacturing campuses in Kentucky and Tennessee for electric vehicles. GM, which has a presentation for investors scheduled later this week, is also expected to hammer home its electric vehicle strategy (despite a recall of its Chevy Bolt to address fire-prone battery cells).

Tesla, the ultimate electric vehicle bellwether, has also dealt with supply chain problems. But there’s no sales slump in sight. The automaker said Saturday that it delivered 241,300 vehicles last quarter, a more than 70% increase from one year ago.

“With the chip shortage a major overhang on the auto space and logistical issues globally, these delivery numbers were ‘eye popping,'” Wedbush Securities analysts Daniel Ives and John Katsingris said in a research note. Tesla’s deliveries reveal “quite robust” demand for electric vehicles heading into the end of 2021 and next year, they added.

Big picture: By the end of 2020, there were 10 million electric cars on the road globally, according to the International Energy Agency. That number could rise to almost 145 million by 2030, if governments follow through on plans to boost adoption.

Automakers are scrambling to lead that transition, while Wall Street is betting that it will trigger a windfall. But that requires looking past current conditions, which remain extremely difficult for most companies.

Shares in Evergrande were suspended Monday amid reports that a rival Chinese real estate developer was preparing to buy its property management arm.

If such a deal pans out, it could give the ailing conglomerate access to much-needed cash, my CNN Business colleague Michelle Toh reports. It still may not be enough.

The latest: Cailian News, a state-run news outlet, is reporting that Hopson Development plans to take a 51% stake in Evergrande’s property management business, valuing it at more than $5 billion.

Hopson shares were also suspended in Hong Kong Monday due to a “pending” announcement tied to a major acquisition. The company said it would “not comment on market rumors.”

Step back: Evergrande has been hunting for buyers for some of its businesses as it battles to survive a cash crunch. The conglomerate is China’s most indebted developer, with more than $300 billion in liabilities.

It has likely missed two bond payment deadlines in recent weeks, sparking concerns about a pending collapse that could reverberate globally. Evergrande’s stock has crashed 80% so far this year.

Watch this space: The company seems to be prioritizing its domestic debts over what it owes to foreign investors. It’s also under huge pressure from Beijing to protect people who bought its apartments and have not yet taken possession of them.

There’s still an expectation that the Chinese government will step in to limit fallout from Evergrande’s financial woes. But a lack of clarity persists about how this could play out.

“There still remains very little visibility from the Chinese government over Evergrande’s fate, although a slow and steady dismantling of the company appears to be the favored course right now,” Jeffrey Halley, a senior market analyst for Asia-Pacific at Oanda, said in a note to clients on Monday.

Employer mandates for Covid-19 vaccines have become increasingly common. So has public acceptance, though pockets of opposition remain.

KFF, which spoke to 1,500 people in mid-September, said that the majority of respondents favored vaccine requirements for health care workers, teachers and federal government employees, while nearly six in 10 supported the new mandate from the Biden administration that large employers require vaccines or order weekly testing.

Gallup, which also conducted a survey last month, found that 58% of employees supported vaccine mandates, up from 52% in July and August and 49% in June.

On the radar: Employer vaccine mandates appear to be effective in boosting inoculation rates. United Airlines said last week that only 593 of its workers could face dismissal for not complying with its vaccine requirement. That’s less than 1% of its 67,000 US workers who are covered by the rule.

More airlines, including American Airlines and JetBlue, are following suit, as the US government requires vaccines for all employees of federal government contractors without a testing alternative.

“While we are still working through the details of the federal requirements, it is clear that team members who choose to remain unvaccinated will not be able to work at American Airlines,” CEO Doug Parker said in a note to employees Friday.

Also today: The Organization of the Petroleum Exporting Countries meets via videoconference to discuss crude output. Ramping up production could dent a recent rally in prices. 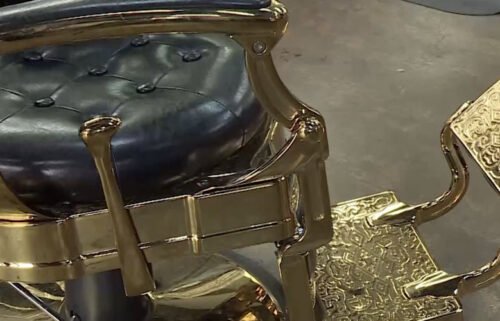