MINNEAPOLIS (WCCO) — A new program is giving Minnesota inmates a second chance, if they’re willing to put in the work.

WCCO shares the story of one woman hoping to move on from a dark past to earn her law degree.

It is with the same stack of books and following the same rigorous schedule anyone else studying for the Law School Admission Test would stick to. Only, Maureen Onyelobi is practicing for the LSAT serving a life without parole sentence, in prison.

After graduating with her bachelor’s degree from a college near Chicago and taking a break before she had hoped to go to law school, Onyelobi says she got involved with the wrong man from Minnesota, who was addicted to drugs.

Eight months later, she was charged with aiding and abetting first-degree premeditated murder. Anthony Fairbanks, 23, was shot and killed in Minneapolis.

Seven years into her life sentence at Shakopee Women’s Correctional Facility, that second chance came from the Prison-to-Law Pipeline, a nonprofit offering paralegal and law degrees remotely to incarcerated Minnesotans. This past spring, Onyelobi became the first woman to take the LSAT behind bars.

As Shakopee’s education director, Dr. Kristen O’Connell explains that of the 400 women serving a sentence, most will be released in five to six years.

“We’re super proud of Maureen. She leads by example. Everyone who walks through these doors becomes a student to us, so all we want to do is educate them, find the programs they have passion for, and when they’re passionate they’re going to succeed in it,” O’Connell said. “Everyone that is released from here are going to be our neighbors and our friends. The more that they’re educated, the better they can help their communities.”

In Onyelobi’s case, she is still actively working for a test score high enough to be able to apply to Mitchell Hamline in St. Paul. Volunteers have helped her study to make it this far.

“It’s really inspirational to meet people who actually care. It makes me dream about the day I can reach out to help out, to give someone a second chance,” Onyelobi said.

She already does with other inmates, offering advice to help them navigate a complicated system. And while she hopes to eventually be paroled, Onyelobi believes her real freedom comes in the form of knowledge — which is why she won’t be closing her books any time soon.

“If you really want something you go after it. It doesn’t matter how long it takes,” Onyelobi said.

Shakopee also offers courses in cosmetology, heavy equipment operation and IT fields. Under state law, all inmates must get their GED if they don’t have a high school diploma. 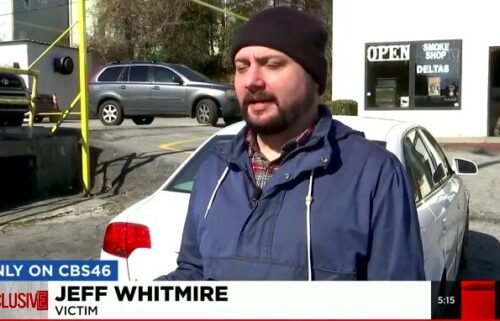