OMAHA, Nebraska (KETV) — Family members say the two young boys killed in an early New Year’s Day fire had a bond unlike any other.

Firefighters found Germani and Gamani Pettis-Greyson inside the home near 29th and ‘S’ early Saturday morning.

The 6 and 5-year-olds died at the hospital.

On New Year’s Eve after celebrating together, Sherronda Cribbs got a text from her daughter Rameisha, who just put her boys to bed.

Not knowing the new year would change everything.

“This is too painful,” Cribbs said.

The next thing she knew, she woke up to a call telling her to go to the hospital.

There had been a fire.

The priest and the doctors came in and told me that my daughter had been burned really bad and my grandchildren were dead,” Cribbs said.

“Even at 5 and 6 you see a bond between two siblings. And the love they had for each other… It was such a beautiful thing,” their aunt Rakeyia Bradford said.

The family says Rameshia has burns to her face and hands and 12 staples in each arm from trying to break windows to save her boys.

For that, they say she’s a hero.

She said her daughter is in a medically induced coma and does not know her boys are gone.

“I’m going to have to tell her her boys are dead… That’s going to be the hardest part of my life. To tell my daughter her children are gone,” Cribbs said.

Now, instead of making memories in the new year, they cling to the ones they have.

There is a fundraiser to help pay for the funeral of the boys. Any additional funds will help Rameshia through her recovery. You can find a link to that here. 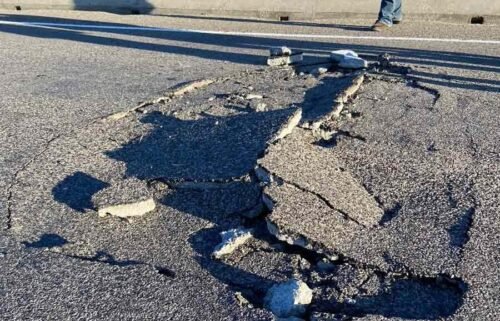