First reports indicated the blaze was spreading rapidly, so more units were called in to help to fight the blaze, burning in heavy brush and juniper.

The fire burned on three properties, one home in the 23200 block of Highway 20 and two on Ten Barr Ranch Road, Kettering said. The Highway 20 property, where the fire began, had damage to fencing, vegetation and a small 2017 travel trailer.

An investigation determined the fire began at the East Highway 20 address, where cigarette butts were improperly discarded into duff and light vegetation near the property line, the fire official said.

“Careless disposal of cigarettes and smoking materials is the leading cause of fires in Bend,” Kettering said in a news release. “Never discard cigarettes into landscaping or mulch. Always use a container made of non-combustible materials, such as glass or metal.”

For more tips on how to keep safe this summer, visit https://www.bendoregon.gov/government/departments/fire-rescue/safety-tips-emergency-preparedness/year-round-safety-tips. 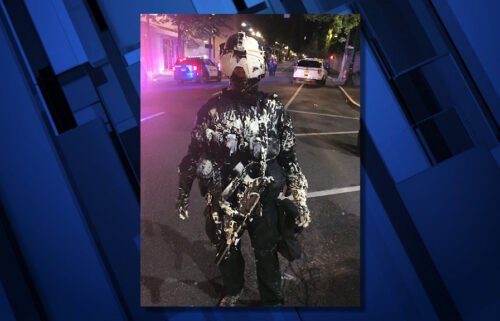