'I just feel like it's time to move on'; one candidate has filed to seek seat

Even after his current term ends, Forte still will be working 35 days each year for the next five years, as part of his retirement plan (referred to in judicial circles as 'Plan B'), but his circuit court seat will be up for election in the May primary.

Forte told NewsChannel 21 that some of the best memories from his time at the courthouse came not in the spotlight of high-profile criminal trials, but during the touching, quieter moments of wedding and adoption ceremonies.

"I had two twin girls who were adults, who were being adopted by their stepfather after they were in their 30s, I think, at the time," Forte recalled. "It was incredible to see the excitement they had for the adoption process."

Forte was elected in 2002 and took the bench in mid-2003. Prior to that, he practiced law in Bend for 20 years and was a municipal court judge in Sisters in 1991 and appointed a juvenile referee in 1998. He's been the judge in juvenile dependency cases ever since.

NewsChannel 21 asked Forte, who is 66, what prompted him to decide not to run for a fourth term.

"I just feel like it's time to move on," he said. "I still incredibly enjoy the work that I'm doing, so it's an opportunity to move on and do other things while I still really enjoy what I'm doing."

Forte said in retirement, he and his wife will be taking more advantage of all that Central Oregon offers --camping and skiing, among other things.

Bend attorney Alison Emerson has announced she's running to fill the position. The filing period for the May primary election ends in March.

If there is only one candidate, that person will succeed Forte after his term ends, likely in mid-2021 (unless he decides to step down earlier). If there are more than one candidate in May, and no one gets over 50 percent of the vote, the top two candidates would advance to a November runoff election.

If Forte decides to retire before the end of his term, on June 30, 2021, but after the election is held, the governor likely would appoint that individual to begin his or her term sooner. 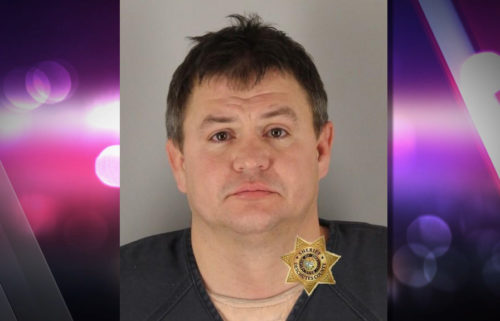