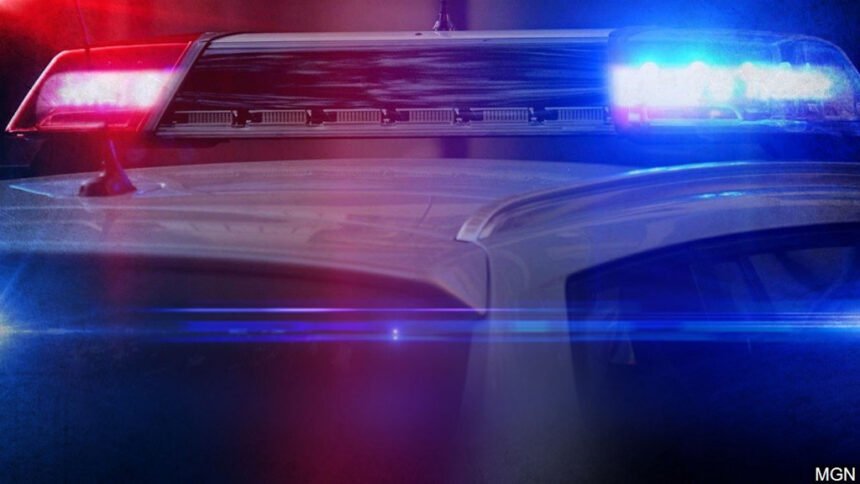 PORTLAND, Ore. (AP) — A man who prosecutors said stopped breathing after Forest Grove police officers used a stun gun on him has died.

James Marshall, 44, died in the hospital two days after police stun gunned him on Oct. 7, the Washington County District Attorney’s office said Friday. Investigators have not yet released Marshall’s cause of death, OregonLive/The Oregonian reported.

Law enforcement officers found Marshall after midnight earlier this month waving a flagpole and causing a disturbance, prosecutors said. Police said Marshall was verbally hostile and made aggressive movements with the 10-foot pole. Police said Marshall tried to break church windows and punched an officer in the face.

Prosecutors said law enforcement brought Marshall to the ground and struggled with him as they tried to restrain him. Police said Marshall tried to grab an officer’s stun gun and accidentally discharged it into his arm. Later, an officer used the stun gun on Marshall’s back, prosecutors said.

Four officers have been placed on leave as a result of the incident, police said.

“Preliminary analysis of the body worn camera footage shows that the police officers violated no laws, did not act in an assaultive manner and did not do anything that would directly explain Mr. Kinney’s medical crisis,” the district attorney’s office said in a press release.

HILLSBORO, Ore.- As previously reported, a police use-of force incident occurred on October 7, 2020 in Forest Grove, Oregon.  The incident is being investigated by the Washington County Major Crimes Team (MCT).

The MCT is tasked with investigating both homicides and incidents involving police use of deadly force.  The October 7th incident, while not a clear case of either homicide or deadly force, did result in a person’s hospitalization.  In an abundance of caution District Attorney Kevin Barton authorized activation of the MCT to ensure that the incident would be thoroughly and transparently investigated.  Sadly, two days after the incident, the subject involved in the case passed away.

The investigation is ongoing.  All of the police officers involved in the incident were wearing body worn cameras, and that footage is being analyzed.  Other investigative tasks are in the process of being completed by detectives from Hillsboro Police, Tualatin Police, and the Washington County Sheriff’s Office.  Chief Deputy DA Jeff Lesowski is working closely with the detectives.

While no final determinations have been made, the following details are clear and can be released.  The incident happened after a citizen 911 caller reported that a man was causing a disturbance with a flagpole in a residential neighborhood.  Forest Grove officers contacted James Marshall, age 44, in the breezeway outside St. Anthony’s church just after midnight.  Mr. Marshall was verbally hostile and made aggressive movements towards the officers with the 10-foot long pole.  He also attempted to break windows of the church.  When an officer attempted to detain him, Mr. Marshall punched the officer in the face.  After being taken to the ground, Mr. Marshall resisted arrest for several minutes.  During the first part of the struggle, Mr. Marshall attempted to take hold of an officer’s Tazer, which discharged.  This discharge appears to have been inadvertent, and one probe struck Mr. Marshall’s arm.  Later in the struggle an officer did discharge his Tazer into Mr. Marshall’s back, in an effort to stop the ongoing resistance.  The active struggle then continued.  Eventually, Mr. Marshall stopped breathing.  Mr. Marshall did not stop breathing immediately after being Tazed.  As soon as his medical distress was apparent, police began immediate lifesaving efforts and paramedics arrived less than one minute later.  Mr. Marshall was transported to Tuality Hospital in Hillsboro, where he later passed away on Friday, October 9th.

An autopsy was conducted on Sunday, October 11th at the Oregon State Medical Examiner’s office pursuant to ORS 146.117.  The Medical Examiner’s determination of the specific cause of death is pending the results of toxicology testing.  Preliminary investigation, however, has indicated that Mr. Marshall had underlying health conditions and had used methamphetamine prior to the incident.  Preliminary analysis of the body worn camera footage shows that the police officers violated no laws, did not act in an assaultive manner and did not do anything that would directly explain Mr. Marshall’s medical crisis.

Further information will be released upon completion of the investigation.