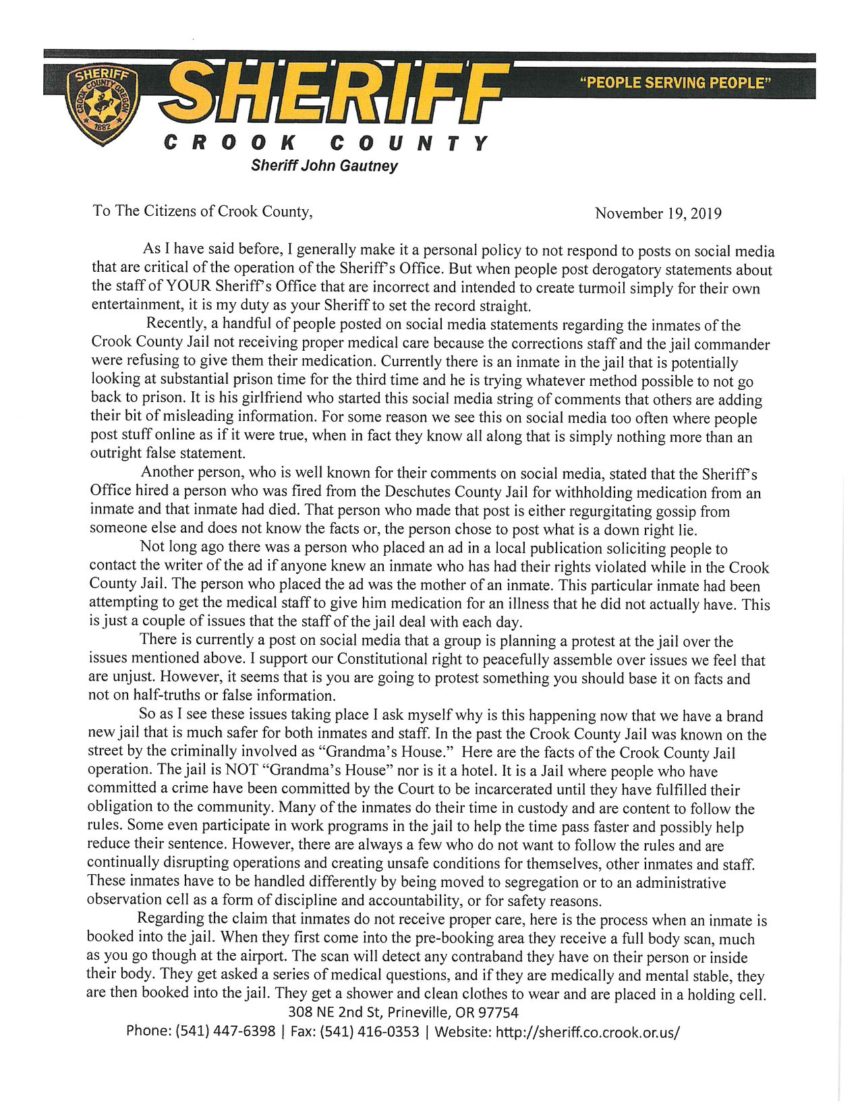 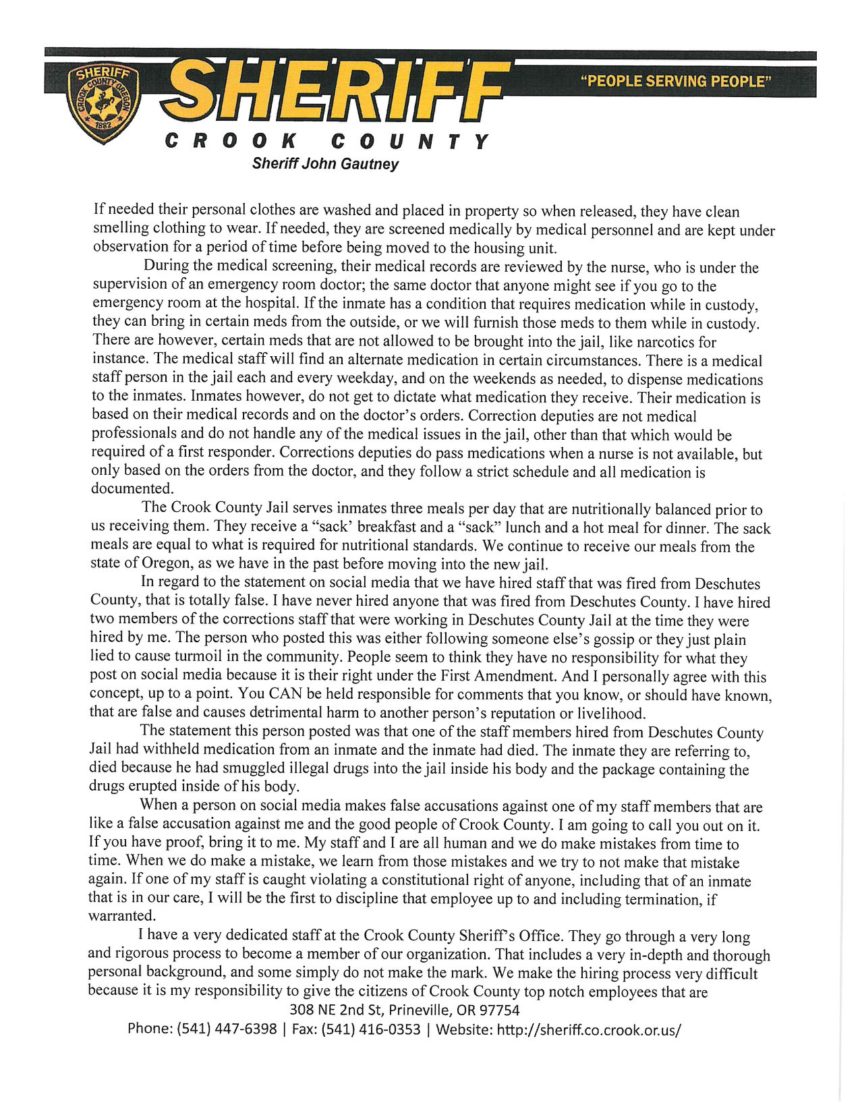 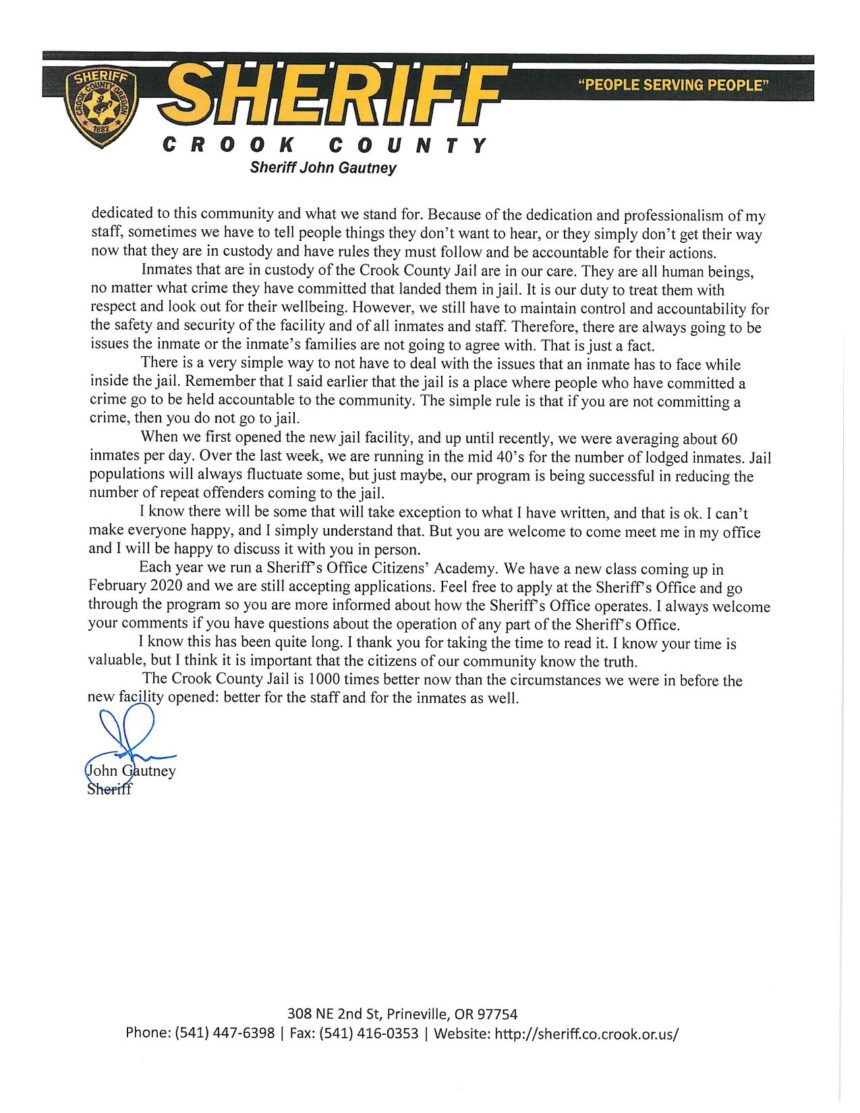 Gautney said many of the complaints people were posting allege some inmates are not receiving access to needed medication. But he said inmates receive medication based on their medical records and doctors’ orders, not simply because they request it.

The sheriff also noted that certain narcotics are not allowed in the jail, so medical staff will provide an alternate medicine.

Gautney also disputed allegations he hired deputies who were fired by Deschutes County. He said he hired two people who were working at the Bend jail at the time they were hired in Crook County.

Gautney said his personal policy has been to not respond to social media postings critical of the office’s operation. “But when people post derogatory statements about the staff” that he said “are incorrect and intended to create turmoil simply for their own entertainment, it is my duty as your sheriff to set the record straight.”

Gautney, noting that he’d heard a protest is being planned, said a newspaper ad seeking to hear about inmates who had rights violated was placed by the mother of an inmate who was trying to get medication from staff “for an illness that he did not actually have.”

The sheriff stepped through the details of the intake process for jail inmates and also outlined the meals they are given.

He also said conditions are vastly improved at the new county jail, which “is 1,000 times better now than the circumstances we were in before … better for the staff and for the inmates as well.”