As you read this, look around. Are you still in bed? Are there piles of clothes and takeout food boxes strewn across the floor? Do you have chip crumbs on your sheets? Have you broken your self-care routine more times than you can count? Do you not even care? If so, you might already be in “goblin mode” — chosen by the public as the 2022 Oxford word of the year.

According to Oxford University Press (OUP), publishers behind the Oxford English Dictionary, the slang term refers to a type of behavior which is “unapologetically self-indulgent, lazy, slovenly, or greedy, typically in a way that rejects social norms or expectations” — traits that may have become familiar to many during lockdown.

Social media can portray idealized versions of self-improvement, from waking at 5 a.m. and drinking a green smoothie, to keeping a journal, exercising and planning your weekly meal prep.

That era may be on the way out. In its place is goblin mode — the opposite of trying to better yourself.

Casper Grathwohl, president of OUP’s Oxford Languages, said in a press release Monday that the “level of engagement with the campaign caught us totally by surprise.”

“Given the year we’ve just experienced, ‘Goblin mode’ resonates with all of us who are feeling a little overwhelmed at this point. It’s a relief to acknowledge that we’re not always the idealized, curated selves that we’re encouraged to present on our Instagram and TikTok feeds,” he said.

The rise of ‘goblin mode’

The term was first used in 2009 but went viral on social media earlier this year, OUP said. It shot to prominence after a fake headline claimed that the rapper formerly known as Kanye West and Julia Fox broke up after she “went goblin mode.”

“The term then rose in popularity over the months following as Covid lockdown restrictions eased in many countries and people ventured out of their homes more regularly,” according to the OUP.

“Seemingly, it captured the prevailing mood of individuals who rejected the idea of returning to ‘normal life’, or rebelled against the increasingly unattainable aesthetic standards and unsustainable lifestyles exhibited on social media.”

The term’s popularity may also be linked to the growth of new social media sites like BeReal, where users are invited once a day at random to post a photo of whatever they’re doing. Goodbye carefully curated social media feeds. Hello goblin mode.

The release gives examples of examples of when the term has been used. Among the most vivid was quoted in The Guardian: “Goblin mode is like when you wake up at 2am and shuffle into the kitchen wearing nothing but a long t-shirt to make a weird snack, like melted cheese on saltines.”

“People are embracing their inner goblin, and voters choosing ‘goblin mode’ as the Word of the Year tells us the concept is likely here to stay,” added Grathwohl. 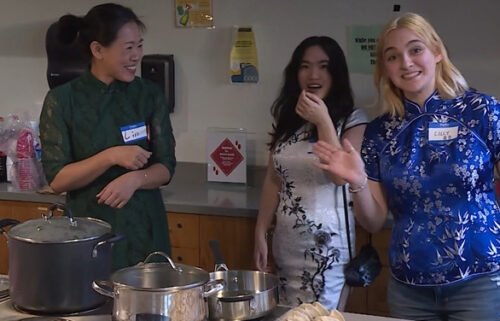