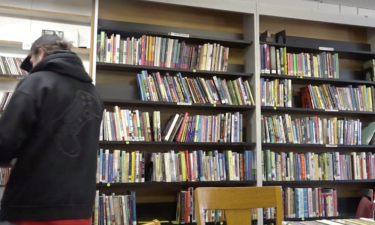 PORTLAND, Ore. (KTVZ) -- About one in 11 Oregon children from birth to age 4 lives with his or her grandparents. With the 2020 census quickly approaching, AARP Oregon and other groups are stressing that grandparents should make sure their grandchildren are counted.

The undercount of young children is a growing issue. The 2010 census missed an estimated 2 million children, and the undercount rate has tripled since 1980, while declining for other age groups.

"It's pretty critical for grandparents to understand that if the adult isn't being a functioning parent, then they're probably not going to worry about whether or not that child's counted," said Joan Dingle, who has experience as a grandparent raising a grandchild and monitors support groups for these grandparents for the Oregon-based Jessie F. Richardson Foundation. "So, better to step up and include them if they're living with you in your household than to say, 'Oh, gosh, I think the parent might.'"

According to Census Bureau researchers, grandchildren, foster children and other non-relatives are far more likely to be left out than are biological or adopted children of the householder. For children splitting time between two homes, the Census Bureau suggests counting from wherever they are living on April 1, 2020.

Dingle stresses that getting an accurate census count is critical because it determines how state and federal dollars are allocated.

"A number of benefits, including the health-care program and foster care, and also adoption care and some of the follow-up services that they can offer relatives, comes about in part by how many children are being raised," she said. "So it's extremely important."

Because of the number of children missed in 2010, states lost out on more than $500 million for five programs covering such policies as children's health care and foster care.

Lee Anderson is an anchor and producer for NewsChannel 21. Learn more about Lee here.