The Supreme Court on Monday agreed to take up a key abortion case next term concerning a controversial Mississippi law that banned most abortions after 15 weeks, rekindling a potentially major challenge to Roe v. Wade at the majority conservative court.

Mississippi’s 15-week abortion ban, which then-Gov. Phil Bryant, a Republican, signed into law in 2018, made exceptions only for medical emergencies or cases in which there is a “severe fetal abnormality,” but not for instances of rape or incest. A federal judge in Mississippi struck down the law in November 2018, and the 5th US Circuit Court of Appeals upheld that ruling in December 2019.

After being rescheduled for the court’s consideration in conference over a dozen times, the case could present a direct challenge to Roe v. Wade, the 1973 landmark Supreme Court decision legalizing abortion nationwide prior to viability, which can occur at around 24 weeks of pregnancy.

It will be a blockbuster case, with the justices revisiting an issue that still deeply divides the country some 50 years after the landmark opinion, and with a ruling potentially coming in the middle of the 2022 midterm elections.

The case will thrust the court — with a 6-3 conservative majority — directly into the culture wars at a time when states across the country are attempting to pass more restrictive measures.

South Carolina, Oklahoma and Idaho have codified bans this year on abortion at the onset of a fetal heartbeat. Also this year, Arkansas and Oklahoma have enacted near-total abortion bans, and Montana banned the procedure at 20 weeks. None of the bills have gone into effect, either because of court actions or later effective dates.

“This will be, by far, the most important abortion case the Court will have heard since the Casey decision in 1992,” said Steve Vladeck, CNN Supreme Court analyst and professor at the University of Texas School of Law. “If states are allowed to effectively ban abortions after the 15th week of pregnancy, as the Mississippi law in this case does, then pregnant women would have a far shorter window in which they could lawfully obtain an abortion than what Roe and Casey currently require.”

The court’s move highlights the impact of Justice Amy Coney Barrett, who likely voted with the majority to take up the case and will spread concerns from supporters of abortion rights who fear she is poised to move the court to the right on the issue.

“Alarm bells are ringing loudly about the threat to reproductive rights,” Nancy Northup, president and CEO of the Center for Reproductive Rights, the group challenging Mississippi over the law in court, said in a statement Monday. “The Supreme Court just agreed to review an abortion ban that unquestionably violates nearly 50 years of Supreme Court precedent and is a test case to overturn Roe v. Wade.”

When asked to respond to the news, White House Press Secretary Jen Psaki said she didn’t have a comment specific to the Supreme Court taking the case but added that “over the last four years, critical rights — like the right to health care, the right to choose — have been under withering and extreme attack, including through draconian state laws.”

“The President and the Vice President are devoted to ensuring that every American has access to health care, including reproductive health care, regardless of their income, zip code, race, health insurance status or immigration status,” Psaki said, adding that Biden is “committed to codifying Roe” in this case and any others.

Anti-abortion groups cheered the court’s move, with the March for Life asserting, “States should be allowed to craft laws that are in line with both public opinion on this issue as well as basic human compassion, instead of the extreme policy that Roe imposed.”

“This is a landmark opportunity for the Supreme Court to recognize the right of states to protect unborn children from the horrors of painful late-term abortions,” said SBA List President Marjorie Dannenfelser, pointing to the slew of state-level abortion restrictions introduced this year “aimed at humanizing our laws and challenging the radical status quo imposed by Roe.”

Mississippi Attorney General Lynn Fitch said in a statement that she was “committed to preserving the rule of law, including defending the constitutionality of this statute.”

“The Mississippi Legislature enacted this law consistent with the will of its constituents to promote women’s health and preserve the dignity and sanctity of life,” she added. “I remain committed to advocating for women and defending Mississippi’s legal right to protect the unborn.”

The Mississippi case will be the third major abortion case acted on by the court this year as the high court has expressed interest in considering abortion restrictions.

In March, the high court agreed to decide next term whether Kentucky’s Republican attorney general can defend a controversial abortion-related law that had been struck down by a lower court, keeping the legal fight going. Lawyers for the American Civil Liberties Union representing the EMW Women’s Surgical Center and several doctors say the Kentucky law imposes an undue burden on the right to pre-viability abortion by “effectively” prohibiting the “standard second-trimester abortion method.”

In January, the Supreme Court granted the Trump administration’s request to reinstate long-standing restrictions for patients seeking to obtain a drug used for abortions early in pregnancy — with the three liberals dissenting in a potential preview of a new chapter in the court’s rulings on the procedure.

Debate over Mississippi law and ‘viability’

The case at hand is a request from Mississippi’s attorney general to review a lower court opinion that held that the state’s law violated Roe.

“In an unbroken line dating to Roe v. Wade, the Supreme Court’s abortion cases have established (and affirmed and re-affirmed) a woman’s right to choose an abortion before viability,” a panel of judges on the 5th US Circuit Court of Appeals previously held.

“States may regulate abortion procedures prior to viability so long as they do not impose an undue burden on the woman’s right, but they may not ban abortions,” the appeals court wrote, concluding that “the law at issue is a ban.”

In supplemental briefs filed in October, Mississippi Attorney General Lynn Fitch referenced a previous abortion case heard by the court, a Louisiana regulation involving hospital admitting privileges. Chief Justice John Roberts’ concurring opinion in that case, appearing to walk back precedent on how courts should analyze the benefits and the burdens of a particular abortion law, had been interpreted differently by different circuit courts, Fitch argued.

“This case remains an ideal vehicle to promptly resolve both that question and the first question presented — the contradictions in this Court’s decisions over use of ‘viability’ as a bright line for measuring pro-life legislation,” Fitch wrote.

Hillary Schneller, a senior staff attorney arguing the case for the Center for Reproductive Rights, told CNN last week that the court deciding to take the case would mark “a direct challenge to Roe V. Wade.”

“It will be the first abortion ban the court has reviewed since that ruling in Roe,” she continued, “and really puts the question squarely in front of the court as to whether they will stand by decades of this not only core precedent, but really, you know, core decision holding that it is for each person to decide… whether to continue a pregnancy before viability, you know, to really have these fundamental decisions in the hands of the individual and not in hands of the government.”

Mary Ziegler, a law professor at Florida State University and the author of “Abortion and the Law in America: Roe v. Wade to the Present,” told CNN last week that the court taking up the case could result in overturning Roe, but it could also get rid of viability as the point at which states can ban abortion.

“In different ways, a lot of the different major abortion restrictions we see floating around now are all targeting viability,” Ziegler said. “And that would be a big deal because if it’s not viability, then the question is, is there any other dividing line, or is it just sort of a free-for-all where it’s not clear what kind of restrictions the courts are going to allow, and if it’s going to allow them earlier and earlier in pregnancy.”

This story has been updated with additional reaction and background information. 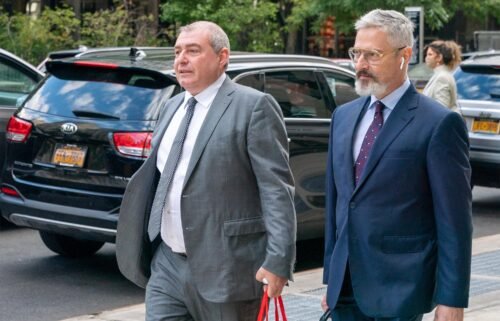 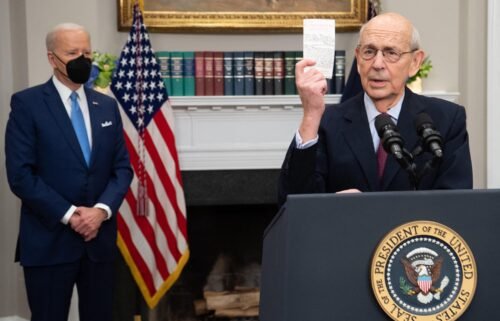 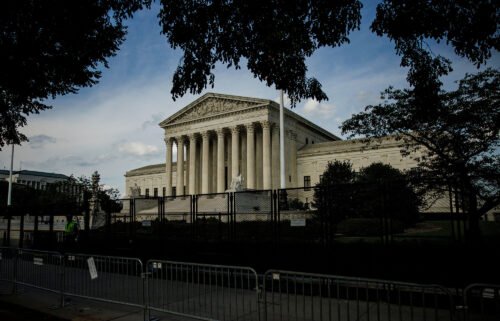 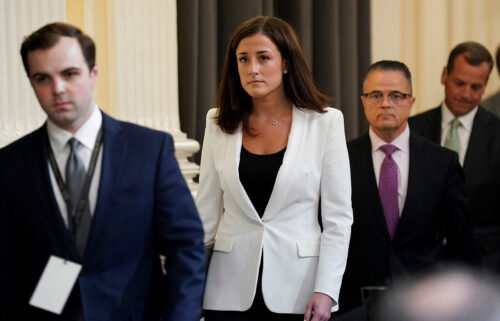