Harriet Hageman, who earned the endorsement of former President Donald Trump in her 2022 bid to challenge Wyoming Rep. Liz Cheney, once called her current opponent a “proven, courageous, constitutional conservative.”

In a speech endorsing Cheney’s 2016 congressional campaign Hageman attacked the “concerted efforts to force true conservatives to sit down and shut up,” adding those efforts “have never worked on me and I know that they will not work on and have no effect on Liz Cheney.”

The comments from Hageman, found by CNN’s KFile in footage of the Wyoming Republican Party’s convention that year, show the abrupt about-face from the Wyoming attorney, who received Trump’s backing in the GOP primary against Cheney earlier this month. Once a leader of efforts to oppose Trump’s nomination, she now calls Trump “the greatest president of my lifetime.”

“I know that Liz Cheney is a proven, courageous, constitutional conservative, someone who has the education, the background and experience to fight effectively for Wyoming on a national stage,” Hageman said in 2016. “There have been and will continue to be concerted efforts to force true conservatives to sit down and shut up. Those efforts have never worked on me and I know that they will not work on and have no effect on Liz Cheney. I am proud to introduce Liz Cheney as the next congressional representative from the great state of Wyoming.”

Earlier in the remarks, while introducing Cheney, Hageman calls her “my friend” and someone who will bring a “national spotlight” to federal overreach in the state.

The video of Hageman’s remarks comes as the New York Times reported that Hageman, then a delegate for Texas Sen. Ted Cruz, took part in efforts to block Trump from receiving the nomination at the Republican National Convention in 2016. Cruz, backed by Hageman, won all 14 delegates at the Wyoming convention.

Hageman, according to the New York Times, called Trump “racist and xenophobic” in 2016.

In a lengthy statement to CNN, Hageman attacked Cheney for not being “Wyoming in the sense of what that means,” and said that Cheney’s “betrayal started well before the 2020 election.”

“At a time when we needed all hands on deck, Liz Cheney jumped ship, dogpaddled to the other side, and is now shooting back at us,” said Hageman. “When Liz Cheney voted to impeach President Trump, she betrayed Wyoming, she betrayed this country, and she betrayed me. Most of the people of Wyoming feel the same way.”

A video of the Republican National Convention in 2016 also shows Hageman voting in support of “unbinding” delegates — making delegates free to vote for whatever presidential candidate they choose regardless of the results of a caucus or primary in the state.

The movement to “unbind” delegates was seen as a last chance for anti-Trump Republicans to prevent Trump from becoming the Republican nominee in 2016.

During a lengthy RNC rules committee meeting in July 2016, Hageman spoke in support of incentivizing states to hold closed primaries — so that only registered Republicans could vote in GOP primaries — an amendment that would affect future presidential elections and benefit more conservative candidates. At the time, Trump’s political ideology was viewed skeptically by some conservatives.

“By not having a closed primary, we have Democrats that often pick the candidates. They either pick the weakest candidate, or they pick the most moderate or more liberal candidate in many, many, many of our races,” Hageman said at the time, adding that it would be very helpful for her state in Wyoming.

“We believe it ought to be the Republicans picking our nominees, not Democrats,” she said.

In her statement to CNN, Hageman did not address her vote to “unbind the delegates” at the 2016 RNC convention in an effort to stop Trump from becoming the Republican nominee, but highlighted her support of closed primaries.

“It’s true that I was a Cruz delegate at the convention in 2016, as were most of the Wyoming delegates. Like me, there were a lot of people who initially supported other candidates and then came to rally behind President Trump when he won the nomination,” she said.

Five years later, Trump has endorsed Hageman for Wyoming’s only congressional seat, saying earlier this month that she had his “Complete and Total Endorsement.”

“I am proud of his accomplishments, and for Wyoming, his America First policies were the best we have ever seen,” Hageman added in her statement. “He was the greatest President of my lifetime and I am proud to have been able to renominate him in 2020. And I’m proud to strongly support him today. Our country would be in a better place with him still in office.”

This story has been updated with more from Hageman’s statement. 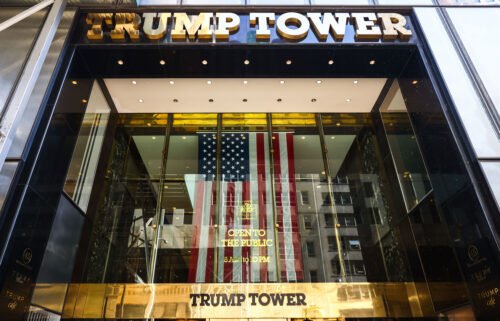 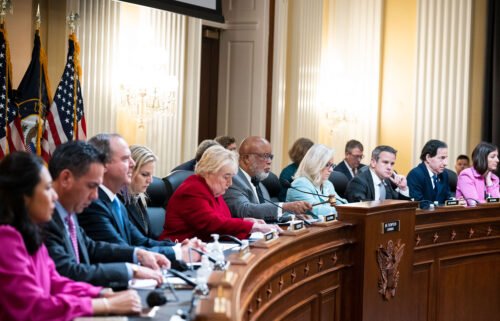