The youngest group eligible to be vaccinated against Covid-19 in the US, children ages 5 to 11, is also the least vaccinated one.

In about half of US counties, less than 10% of children 5 to 11 are fully vaccinated, according to a CNN analysis of data from the US Centers for Disease Control and Prevention.

Most of the counties with especially child low vaccination rates are in the South, where nearly two-thirds of counties have vaccinated fewer than 1 in 10 children ages 5 to 11.

“This has been a constant concern for all of us,” said Dr. Yvonne Maldonado, chair of the American Academy of Pediatrics Committee on Infectious Diseases. “It’s very disturbing to see that families just haven’t embraced [vaccination].”

Overall, about 66% of the US population is fully vaccinated, including three-quarters of adults and nearly 90% of seniors, according to the CDC. Even among adolescents ages 12 to 17, the vaccination rate is higher than 50% nationally.

But even though they’ve been eligible for vaccination for nearly five months, less than 28% of children ages 5 to 11 are fully vaccinated.

Of more than 3,100 counties in the US, only a few dozen have fully vaccinated more than half of this age group.

“Certainly, this is a group that we have seen a much slower uptake,” said Dr. Brannon Traxler, director of public health for South Carolina’s Department of Health and Environmental Control.

Traxler wasn’t surprised by the low rates. The overall vaccination rate in South Carolina lags behind the national average across all ages, but vaccinating children has been particularly difficult, she said, because of a number of parents’ perception of Covid-19 as a disease that affects the elderly.

“A number of them don’t see Covid-19 as being significant or severe in children,” Traxler said.

It’s a sentiment that pediatricians and public health officials have heard repeatedly.

“We know that the vast majority of hospitalizations and deaths overall over the pandemic have been in people over 65 and those with underlying medical conditions,” said Maldonado, who is also chief of the Stanford University School of Medicine’s division of pediatric infectious diseases and is leading vaccine trials in children. “This basically is a risk perception issue, that families don’t feel that their children are at risk for getting severe disease.”

The recent Omicron wave pushed children’s case numbers and hospitalizations to the highest levels of the pandemic.

A study published Wednesday in the New England Journal of Medicine found vaccination to be a key factor in preventing hospitalization in that time period. The researchers, including some from the CDC, found that vaccination reduced the risk of hospitalization for 5- to 11-year-olds by 68% during the Omicron wave.

Like adults, children who are immunocompromised or have risk factors such as obesity or asthma may be at higher risk of becoming seriously ill with Covid-19, but with many children, it’s not clear why they end up in the hospital and others don’t.

“We can’t risk-stratify children,” Maldonado said. “We can’t predict which children are going to be at risk for hospitalizations.”

Beyond the South, there are also hundreds of counties in the Midwest that have particularly poor vaccination rates among children, including Genesee County, Michigan, which is home to Flint.

“There’s people who don’t think it’s severe, so they haven’t bothered yet, and I think there’s also people who are afraid of the vaccine,” said Dr. Pamela Hackert, the county’s medical health officer.

Hackert said it’s been challenging to balance the messaging around potential side effects from vaccines with dispelling misinformation about them.

The most common vaccine side effects in children and adults include aches and fever. But there has been a slight increase in the risk of myocarditis, which is inflammation of the heart muscle, and pericarditis, inflammation around the heart, which has happened occasionally in males 16 to 39 who were vaccinated.

“We know that myocarditis in [the 16- to 39-year-old] group is mild and that it’s not the kind of myocarditis that we tend to see from other pathogens, other viruses or bacteria, or from even from Covid disease itself. But that has been an issue that parents have really focused on,” Maldonado said.

But there’s also been a lot of work dispelling vaccine myths, such as effects on fertility.

“We just have to learn how to move beyond the misinformation and try to dispel it,” Maldonado said.

Places like Manhattan’s New York County and some counties in the West — including Seattle’s King County and a few in California’s Bay Area — have had more success, with more than half of their 5-to-11 population fully vaccinated.

Many of those counties cite strong local partnerships and programs aimed at bringing vaccines to people where they are. But public health experts in areas with lower rates of vaccination — such as Dr. Rendi Murphree in Mobile County, Alabama — said they’ve made similar relationships and efforts.

Rather, Murphree said, the struggle is entrenched in parents’ politics.

“For some reason, with this illness,” she said, “they’ve made their decisions.”

In Mobile County, just 9% of kids 5 to 11 have been vaccinated with both doses, and 60% of adults have had their two shots.

She is optimistic that when kids return to school this fall, vaccine uptake among children 5 to 11 might inch up as pediatricians talk about getting ready for the school year and flu season. But she doesn’t anticipate it budging much.

With fewer than 1 in 10 children vaccinated in Mobile County, she is worried about how vulnerable that leaves them.

“They’re not vaccinated. They are not encouraged to wear masks, and there are no routine testing programs in schools,” she said.

In South Carolina, Traxler is also worried. She says children may have a short-term benefit of protection if they were infected during the Omicron wave, but she worries about the future.

“It’s the same areas that have the lower vaccination rates that we’re experiencing the lower masking rates. And so, certainly, that concerns me,” she said.

“There could be a variant that escapes immunity, either from natural infection or from vaccines. And if that were to happen, that would be significant.” 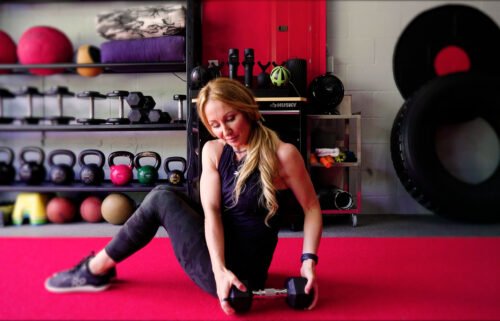 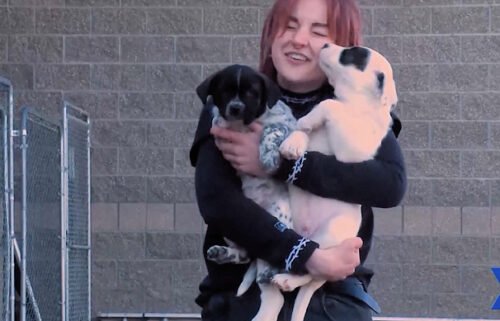