POST, Ore. (KTVZ) – Two recreation homes and a cabin were lost and about a half-dozen outbuildings were destroyed by a wildfire that broke out west of Post in Crook County late Saturday afternoon, prompting evacuations and burning about 100 acres, officials said.

Firefighters worked from the air and on the ground Sunday to cool any hot spots and deal with interior tree torching on the Wickiup Road Fire, north of state Highway 380 (the Paulina Highway) and five miles west of Post.

It was mapped at 101 acres and by Monday morning was 80% contained.

Firefighters will continue to secure and mop up containment lines Monday and will be responsive to predicted dry lightning storms this afternoon and evening. The cause of the fire remains under investigation.

With increasingly hot temperatures the safety of firefighters working on the fire line will remain a priority, officials said.

While work continues to fully contain the Wickiup Road Fire, firefighters will be released from the incident to preposition themselves in anticipation of the lightning predicted Monday.

The National Weather Service has issued a red flag warning for most of Central Oregon, excluding Sisters, for dry thunderstorms. The Warning will be in place from 4 p.m. Monday to 11 p.m. Tuesday.

Central Oregon fire officials shared photos on Sunday of a mobile home that was lost, along with a family cabin to Saturday’s blaze.

Officials said the homeowners were grateful no one was injured, and noted they were not primary residences, but added that “they’re sad at the loss of the cabin that was built by their grandpa.”

“Our thoughts are with them,” they added.

BLM spokeswoman Lisa Clark said there were no injuries. She also told NewsChannel 21 at the scene that most homes in the area have "defensible space," such as rock walls, trimming of junipers and the like.

"Many of the residents were evacuated yesterday," Clark said. "The fire did burn up to several homes, and in fact did burn several -- not primary residences, but we did lose three main structures, as well as about six outbuildings, like pump houses, sheds and a detached garage, and several vehicles."

A Level 2 (Be Set) evacuation advisory, to be ready to leave at moment’s notice, was issued Saturday afternoon for homes along Southeast Riverside Lane in the Riverside Ranch 1 subdivision, county Public Information Officer Vicky Ryan said. A Level 1 (Be Ready) pre-evacuation notice was issued along Southeast Wickiup Road.

Evacuation levels were dropped at noon on Monday, though fire officials reminded residents the area is still hazardous and to exercise extreme caution.

Meanwhile, Redmond fire investigators were unable to determine the cause of a fire early Saturday evening that burned about 1.5 acres off East Highway 126 and across from the Forest Service smokejumper base, threatening several homeless camps in the area.

Redmond Fire & Rescue Battalion Chief Ron Hawkins said the brush and grass fire they were called to shortly after 5 p.m. was burning in an old glass dump, with several bystanders trying to put it out. BLM and Forest Service crews helped extinguish and mop up the blaze.

Also, the Ben Young fire that broke out Tuesday about 13 miles south of Paisley in Lake County has burned about 1,250 acres and is 65% contained, with full containment expected by August 4, officials said Sunday. Crews continue working to reinforce fire lines and hold it in place. 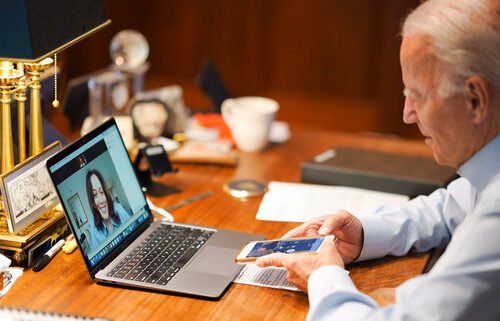