In the wake of jarring election results in several states on Tuesday, the one thing Democrats appeared to agree on was that they needed action in Congress.

Democrats needed wins. Democrats, in at least some form, needed to pass President Joe Biden’s sweeping agenda. And House Democratic leaders are on the cusp of exactly that in a matter of hours.

But for real this time. At least that’s what is scheduled. And that’s what senior Democratic aides are confident can get done. And that’s what the White House spent Thursday, from Biden on down, urgently trying set the conditions to accomplish.

In other words: After weeks of blown deadlines, intra-party warfare and intensive negotiations to unlock the most complex policy divides, for Biden and Speaker Nancy Pelosi, now is the moment to close the deal.

The bottom line is that Democratic leaders, according to multiple sources, have worked down to one primary outstanding issue, with a methodical hour-by-hour approach that was designed equal parts to find solutions to the problems and simply wear down the members that had them. There was clear confidence heading into the day that they would have the long sought after, never quite secured votes to actually get things across the finish line. Projecting confidence and having 218 votes in the can are two different things, however. The next few hours will demonstrate if the latter is, in fact, a reality.

By the time Biden departs Washington for his scheduled weekend in Rehoboth Beach, Delaware, the largest infrastructure legislation in decades — the thing prior administrations were convinced they could pull off but could never get close to the finish line — could be headed to his desk to sign into law.

The bill is bipartisan, with 19 Republican votes in the Senate (including, as a reminder, Senate Minority Leader Mitch McConnell). The White House will almost certainly set a high profile (and bipartisan) signing ceremony early next week. It represents the very action — and results — Democrats said they were in desperate need of in the 72 hours after losing the Virginia governor’s race.

There’s a long way to go on Biden’s other cornerstone package. There’s no other way around that. But if the House passes the infrastructure proposal on Friday, that’s headed to Biden’s desk. And that’s a big deal.

Pelosi can afford to lose three votes. That’s it — and basically no margin for error. The California Democrat has made clear, at least up to this point, that she’s not bringing anything to the floor until she has 218 votes in her pocket. That is a serious lift given the number of issues that were outstanding just 24 hours ago, but the process throughout the day on Thursday was unmistakably in the direction of progress, as issue by issue, group by group, lawmaker by lawmaker, Pelosi closed chipped away at the lawmakers still on the fence, aides said.

There has been steady, though still cautious, questioning from House Democrats about Biden’s personal strategy over the course of the last several weeks. Leaders have wanted a more forceful push at times. Members have wanted him to make clear asks — or in some cases, flat out demands.

“Call for the damn vote. Tell people to get in line. Be explicit,” was how several Democrats in the caucus wanted Biden to approach the moment, according to one House Democrat.

But that simply hasn’t happened, according to more than a dozen Democratic members who have spoken with him or talked to colleagues who have.

Biden was once again on the phone with House Democrats throughout the day on Thursday, but he was not demanding a vote that day, a source familiar with his approach made clear. The scheduling — and the strategy behind it — was up to Pelosi, something Biden has been clear about throughout this whole process.

But he did make clear to the lawmakers he spoke to, including moderate Rep. Abigail Spanberger, a Virginia Democrat, that he wanted them to be there in the end — and that whenever the vote came, it would mark a critical moment for his presidency, his agenda and for Democrats on Capitol Hill.

That approach may not assuage some of the simmering criticism on Capitol Hill. But if Democrats pass both bills on Friday, it may not matter … at least for the moment.

Here’s the other key reality check

Nothing in the House economic and climate package matters unless West Virginia Democratic Sen. Joe Manchin signs off. Period.

That’s not overstating his power and that’s not underplaying the importance of the House vote.

At this stage in the game, the primary reason for the House to move forward on the vote is two-fold: to release the infrastructure bill and to release the weeks upon weeks of building pressure.

Beyond that, the Senate will ultimately dictate what stays and what goes. Specifically, Manchin will dictate.

The reality at this moment is the House bill will serve as a base text and a consideration in the negotiations. It tracks with Biden’s $1.75 trillion framework, the bulk of which Manchin has signed off on. The prescription drug agreement will likely stay. The inclusion of paid family leave likely will not. The state and local tax deduction agreement simply won’t fly in the Senate, which has its own proposal. The immigration piece may not survive the parliamentarian.

The Senate is still targeting the week of November 15 to take up the legislation. Between now and then, there will be extensive negotiations between Manchin and White House officials. Pelosi’s staff will obviously be deeply involved and have a say in how things progress.

But despite the long-held position that the House wouldn’t pass anything that would be changed in the Senate, that is simply no longer operative. There will be changes in the Senate — and Manchin will likely be the driver of the vast majority of them.

Democratic leaders secured a final agreement — and sign off — from the key holdouts looking to ease the $10,000 cap on the state and local tax deduction.

Many Democrats are deeply opposed on a policy basis to the inclusion of this provision, which skews heavily toward wealthier individuals. But see the regular reminder above — without it, Pelosi simply wouldn’t have the votes. This also is a singularly important issue for a number of front-line Democrats.

At least three of those Democrats — those who had the hardest line — officially signed off shortly before midnight. Here is the most critical line in the joint statement from Rep. Tom Suozzi of New York and New Jersey Reps. Josh Gottheimer and Mikie Sherrill: “We’re confident that with this agreement, we can move forward on this crucially important package and we will continue working to ensure that this tax cut gets signed into law to deliver this relief to our constituents as soon as possible.”

This is another issue that for a myriad of reasons was one of the thorniest to reconcile. A combination of Senate rules and wary moderates clashed with Democrats who threatened to oppose the bill without a pathway to citizenship for millions of undocumented immigrants.

Hours of talks and meetings led those Democrats to appear to agree last night to the language in the draft legislation from earlier this week, with a commitment from Pelosi to work through new options and avenues in the weeks ahead, separate and apart from the economic and climate package.

Here was the tweet from Rep. Chuy Garcia, one of the most vocal House members on the issue, Thursday night:

“Met with Speaker Pelosi tonight. All options remain on the table, but we are not drafting new language for BBB. Speaker Pelosi shares our concerns for the immigrant community, recognizes their contributions and is committed to keeping immigration in play.”

This is the biggest open question heading into Friday. A handful of moderate Democrats made clear they would not support the legislation without a Congressional Budget Office analysis of the package’s cost and how much revenue it would raise. There will be no CBO analysis on Friday. Period. End of story.

White House officials and Democratic leadership scrambled throughout the day on Thursday to produce estimates and data that could work in its place. A Joint Committee on Taxation analysis — which officials noted lined up closely with the White House estimates from the day before — was touted and circulated.

Then late Thursday evening the White House circulated to all House Democrats a seven-page budget estimate, designed to tack as closely to what a CBO analysis would resemble, based on the Joint Tax Committee analysis and the administration’s internal cost projections.

Pelosi cited it in a letter to colleagues. The effort, though incomplete, marked what White House officials viewed as the best and most complete accounting they could pull together of the bill as it stood.

Democratic sources say the negotiations over immigration provisions have been resolved — and the last remaining hurdle to passing a bill is the demand made by five moderates that they get a CBO analysis before a vote. The issue has not been resolved and talks were ongoing in Pelosi’s office Friday morning.

House Majority Leader Steny Hoyer left Pelosi’s office saying on Friday “we’re working on it” and it was unclear whether there actually will be a vote and if leadership can get the remaining holdouts on board.

Hoyer was confident though, that there would not be a CBO analysis on Friday, which remains a key holdout for some moderates.

“It could not be done today,” he said.

Biden, meanwhile, said he would be calling more House Democrats on Friday. During remarks at the White House about the October jobs report, he ramped up the pressure on his Capitol Hill allies, calling on the House to pass both bills “right now.”

“Passing these bills will say clearly to the American people, ‘We hear your voices. We’re going to invest in your hopes, help you secure a brighter future for yourself and your family and make sure America wins the future in the process.’ I’m asking every House member, member of the House of Representatives to vote yes on both these bills right now. Send the infrastructure bill to my desk, send the Build Back Better bill to the Senate,” he said.

The estimate concluded the package would be made up of $2 trillion (plus $100 billion for immigration) in gross investment and tax cuts and about $2.15 trillion in gross offsets.

Pelosi, in her letter, specifically noted the estimate showed “that the legislation reduces the deficit by more than $36 billion over the first 10 years and at least $2 trillion over the second ten years.” It should be noted here that a significant chunk of the programs in the proposal would expire before the second decade.

The effort was viewed as the “best full accounting of the legislation” from an analysis perspective up to this point, one of the people said, even though negotiations on several elements continue. Those pieces, however, are not expected to significantly change the topline numbers, leaving the White House to view this as the best effort to address the requests for a CBO analysis.

The cost estimate, which was circulated to all House Democrats, is based off of the score of the tax measures released by the Joint Committee on Taxation and White House internal cost estimates of the programs included in the economic and climate package. Throughout the day, White House officials have pushed to find a way around the need for a final Congressional Budget Office analysis to advance the bill — something would take at least a week to finalize and release.

The estimate shows net outlays and revenues under the legislation, finding that net outlays would equal under $1.7 trillion and net revenues just over that. This translates into about $2 trillion (plus $100 billion for immigration) in gross investment and tax cuts and about $2.15 trillion in gross offsets. 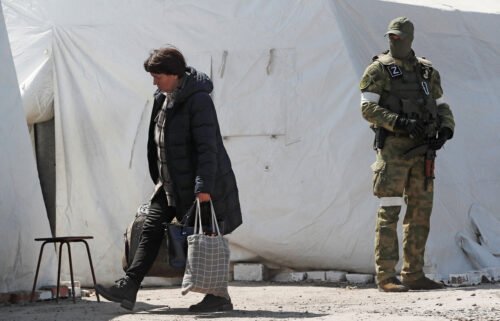 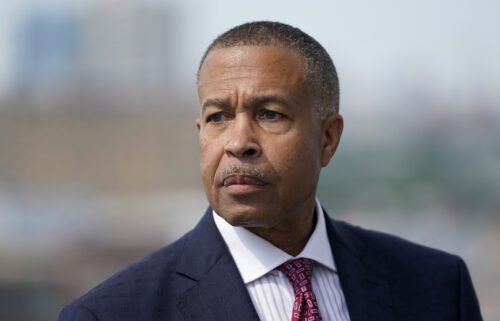 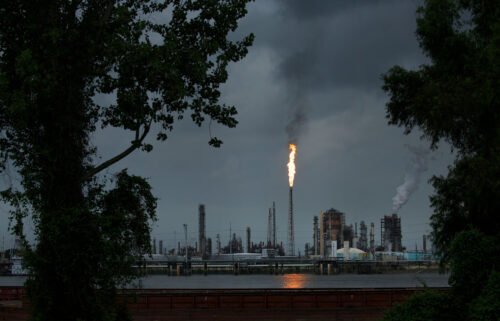