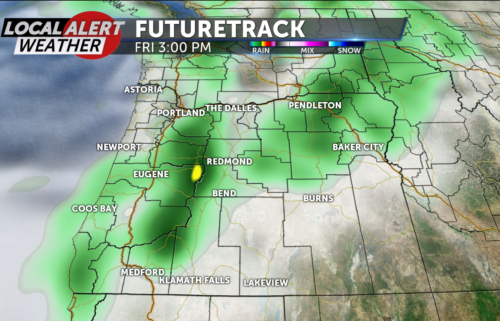 Plan on these cool, breezy conditions staying with us for the next three…

It was another clear day on the High Desert, with temperatures right around average.

A change comes on Monday, when we jump into the low 90s for most of the region.

Then on Tuesday, a Fire Weather Watch is in effect for all of Central Oregon, except for the western parts of Jefferson County and southwestern parts of Deschutes County. That means Sisters and La Pine are not included.

That Fire Weather Watch lasts from 2 p.m. until 10 p.m. on Tuesday.

We get a break from the warm conditions on Wednesday, as partly cloudy skies will keep temperatures from getting out of the low 80s.

However, temperatures gradually rise after that once again, putting us back in the low 90s next weekend. 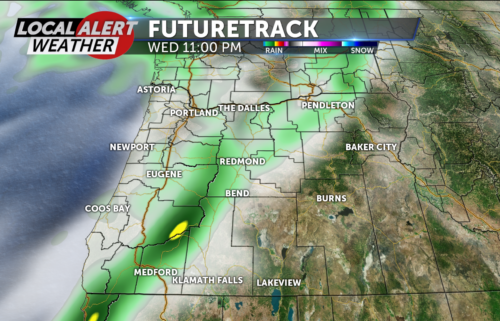